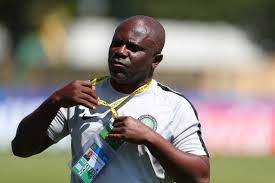 Danjuma’s girls will begin their quest for a first FIFA U-20 Women’s World Cup title against the Bleuettes at the EstadioNacional, San Jose on Thursday night (Friday morning in Nigeria).

France, alongside defending champions, Canada and former winners, Germany and USA are the favourites to win the competition.

The gaffer, however, believes his team will be up to the challenge when they take on France.

“Playing seven matches in the African qualifying series toughened the team very well, and we have also worked on their psyche,” Danjuma said ahead of the game.

“Having reached the final twice and made the semi finals once, the Falconets have pedigree in this championship. We cannot afford to falter. We will take it one match at a time, beginning with the game against France.

“It will not be easy but we have what is known as the special ‘Nigeria spirit’ and we will go in there with confidence and believe in what we can do. We will play to our strengths – firm at the back and clinical at the front,” he said.

Korea Republic and Canada are the other teams in the group.