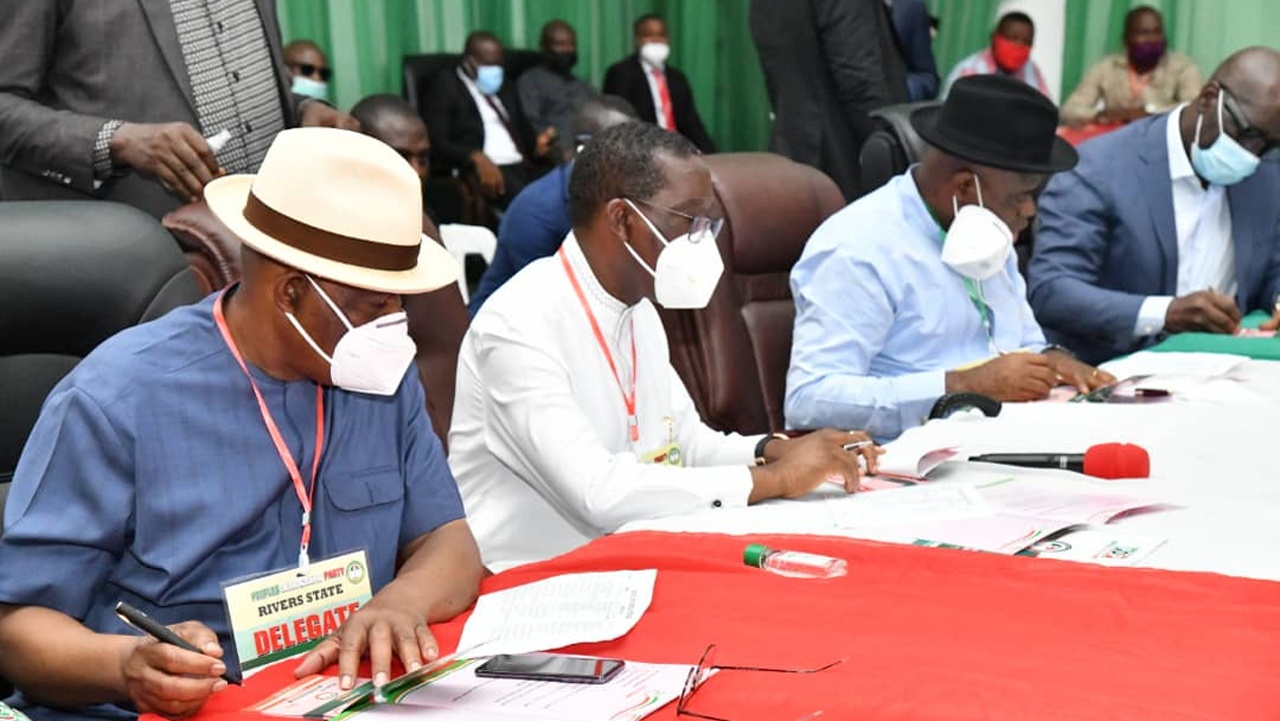 The Southern Nigeria Governors Forum has convoked an emergency meeting to discuss the state of the nation.
The umbrella body of 17 state Chief Executives in the Southern part of the country, met virtually on Tuesday evening at the instance of Governor Oluwarotimi Akeredolu, Ifeanyi Okowa and David Umahi of Ondo, Delta and Ebonyi states. The conveners are chairmen of South West, South South and South East Governors’ Forums. 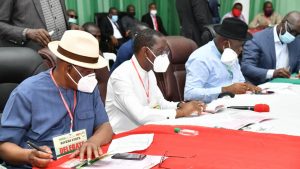 Fifteen(15 ) of the 17 governors participated. They included Ekiti State helmsman and Chairman of Nigeria Governors’ Forum, Dr. Kayode Fayemi, Nyesom Wike (Rivers), Okowa (Delta), Umahi (Ebonyi), Godwin Obaseki (Edo), and Lolo Cecilia Ezeilo (Deputy Governor of Enugu representing her principal). Others were Douye Diri (Bayelsa), Udom Emmanuel (Akwa Ibom), Okezie Ikpeazu (Abia), Hope Uzodimma (Imo), Dapo Abiodun (Ogun), Gboyega Oyetola (Osun), Seyi Makinde (Oyo) and Babajide Sanwo-Olu (Lagos).
The governors, while canvassing commitment and unity in addressing issues that affect the country, particularly Southern Nigeria, stressed the need to put the nation first in these trying times.
Though the full outcome of the meeting was sketchy at press time, it was, however, gathered that they resolved to meet in Asaba next week to harmonise positions with a view to dousing the tension in the land.
While commending the promoters for the move, a source close to one of the governors from the South South noted that the meeting was long overdue.