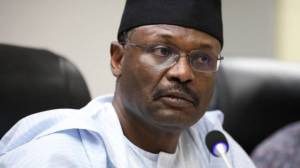 The Independent National Electoral Commission is set to establish more polling units across Nigeria, in anticipation of more voting points, even as there is pressure on its Chairman, Mahmood Yakubu, already to ensure the new model does not take political advantage away from the Northern region.

The adjustment, according to a letter obtained by SaharaReporters, reduces the lower and upper thresholds for voting points from 750 and 1, 000 registered voters to 500 and 750 voters respectively.

The commission made the adjustment in April at a meeting where it deliberated on the conversion of voting points to polling units.

Section 42 of the Electoral Act mandates INEC to “establish a sufficient number of polling units in each Registration Area and allot voters to such polling units.”

During the latest consultation with stakeholders, it was agreed that a polling unit should have no more than 1, 000 voters and no fewer than 750 registered voters.

According to reports, INEC Chairman on March 2, issued the Guidelines for Expanding Access to Polling Units, which contain the thresholds for voting points agreed with the stakeholders.

A memorandum issued from the Director, of the Commission’s Secretariat, Maryam Iya Musa to its secretary, INEC/DE/No: 72/2021 read, “Decision extract on the amendment of the threshold for the conversion of voting points to polling units.

“The Commission at its meeting held on Tuesday 20th April 2021 deliberated on the above subject and approved as follows: The adjustment of the lower and upper thresholds for Voting Points from 750 and 1,000 to 500 and 750 voters respectively.

“That the ICT and Electoral Operations Departments and the State and Local Government Area offices of the Commission should adopt these new thresholds in implementing the ongoing programme of expanding voter access to polling units.

“You may wish to refer the extract to all Resident Electoral Commissioners(RECs) and Directors for information and necessary action, please.”

Ekiti and Bayelsa states have the lowest figures for registered voters with 909,967 and 923,182 respectively.

However, a source in INEC told SaharaReporters that implementation will be particularly important as some people are already attempting to subvert the process to give undue advantage to the North.

“The voting points are already known with locations and numbers, they have been tested already in on-cycle and off-cycle elections, nothing much will change by using them. But there are growing fears that Professor Yakubu is about to derail this simple and predictable solution.

“The solution is a predictable measure in which the only expected change will be to decentralise the new polling units from the voting points to areas closer to voters who walked long distances to vote at the old polling units in preceding elections, but at the last minute it seems he is being tempted by the narrow political interests that torpedoed the efforts of Professor Attahiru Jega (immediate former INEC chairman), and he appears set like Jega to flounder, fumble and flop, if he allows himself to be captured by these regressive forces.

“For over 25 years, INEC has been unable to do the simple de-concentration of polling units characterising election days, as new eligible voters that join the number of registered voters are cramped into the old polling units with voting population increasing and the numbers swelling. It became unmanageable in many Voter Registration Areas.

“At every attempt to create more polling units to manage these growing numbers, political elites, regional bigots and partisan voting machine middle men seize the opportunity to try to leverage their voting advantages. The consequence is strife, social and political upheavals and public outcry arising from mistrust.

But realising that this may spread the polling units more equitably, the regressive forces of old, are trying to influence INEC to raise the bar of criteria to 1, 900 voters instead of 500, in which case, less polling units will be created from many centres despite being overcrowded.

“Such a development will be explosive and politically hazardous because the voter registers of such states are often questioned with allegations that some of such polling registers were fraudulently populated with ineligible voters such as underage voters and foreigners from other countries.”

The source added that many stakeholders are monitoring INEC to see what directive it will communicate for implementation.

The source said, “Using the simple predictable formula will require INEC state office to list suggested new locations to de-concentrate the overcrowded polling units to ensure that number of voters whose registration addresses indicate that most of them come from far but similar locations can be used to optimise the new locations of the newly created polling units.

“It is left to be seen if Prof. Yakubu will decide to swim in the fresh calm waters or dive into the hot, salty and turbulent waters of polling unit controversy that almost consumed Professor Jega. If this is the case, we have to ask ‘why is the criteria of 1, 900 instead of 500 voters being consider for new polling units by INEC and if this new criteria will help INEC to achieve the goal of more manageable voter number per polling unit.”