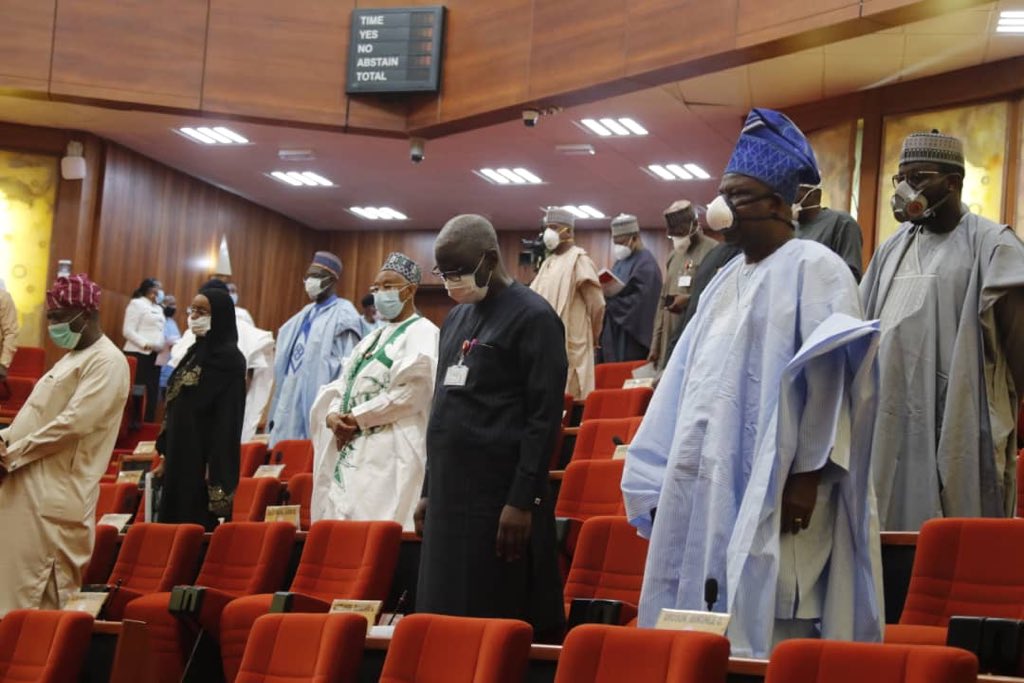 The All Progressives Congress (APC) caucus in the Senate, yesterday, berated its counterpart in the opposition for describing President Muhammadu Buhari as an absentee president.
The minority caucuses from both chambers of the National Assembly had converged to register their grievances against the ruling APC over the derailing ship of state. They said they had taken note of the fact that the president had been absent from duty. 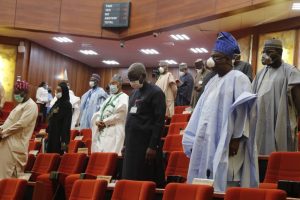 “We have not seen our president. We have not heard from our president despite the daily killings that have turned Nigeria into a killing field of unimaginable proportions,” the minority groups said.
Addressing journalists after their own meeting, the Senate Leader, who is also the Chairman, Senate APC Caucus, Yahaya Abubakar Abdullahi, said they rejected the “many incorrect statements” made by the opposition lawmakers.
“We take exception to the unfortunate charge that our President has not been seen. This is false and cheap politics.
“The President and service chiefs are meticulously busy every day and every night in deliberations with a view to addressing the security challenges across the country.
“Mr. President has always made statements to Nigerians on all major security incidents and assuring Nigerians, and indeed the international community, that he would continue to do his best in ensuring that the security challenges are tackled head-on,” Abdullahi said.
He assured Nigerians that President Buhari is in charge of government and is discharging his duties conscientiously and patriotically.
“The Federal Government under Peoples Democratic Party (PDP) refused to invest in security infrastructure of the country, but President Buhari, under the APC-led administration, has massively invested in this regard more than any past governments and we are confident that the nation will surmount its current security challenges,” he said.
The APC caucus further said: “Indeed, we are quite aware of the role of the opposition in any democracy. However, the statement by the PDP caucus has gone too far, given the good working relationship in the 9th Assembly and, especially, with the minority caucus.
“In any democracy, the right to present criticisms and concerns on the state of the nation’s affairs are unassailable. However, we are concerned that the statement by the minority caucus is capable of over- heating an already charged polity in which men of good conscience and patriotism are expected to act as leaders and statesmen.”