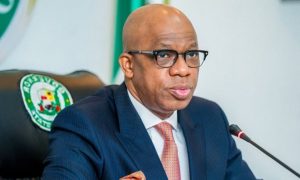 Residents of Olokemeji village in Odeda Local Government Area of Ogun State have fled their homes for fear of possible attack by killer herdsmen.

It was gathered that suspected killer herdsmen allegedly killed one of the residents of the village during an argument with the herdsmen.

According to reports, some villagers held a herdsman after his cattle destroyed their farm, but the herder called his colleagues, who allegedly invaded the village and killed a resident.

The killing of the resident reportedly provoked the villagers, who poisoned their farms, an action that allegedly led to the death of some cows.

This development reportedly angered the herdsmen, who threatened to return to the village and attack the people.

Our correspondent gathered that this threat had made the villagers flee their homes and deserted the community for safety. Schools have also been closed in the community.

He, however, said the leaders of Fulani herdsmen in the state had met and asked the herdsmen not to attack the village. Lawal said other stakeholders, including the security agents, had held a series of meetings to forestall any attack.

Also, he said the governor had been informed of the situation and swung into action to nip the crisis in the bud.

Ibrahim said his people were attacked by the villagers while returning from Oyo State after they had left their homes in the village during the dry season.

He said, “The incident happened last week. I was informed that our members were returning to the village. They had left with their wives and children for Oyo State during the dry season.

“When they got to the boundary between Oyo and Ogun states, they were attacked and their cows were killed.”

He said, “The people are just being apprehensive. In fact, the police are there every day and there have been meetings between the residents and the Fulani with police.

“The villagers killed some cows and because of that, they are apprehensive because of a possible attack. Apart from patrolling the village every day, the police are also combing all the bushes in the village because hoodlums could be hibernating there.”

“The police have assured them of security. The Fulani herders whose cows were killed have held meetings with the local government chairman and they have reached a compromise,” Oyeyemi added.