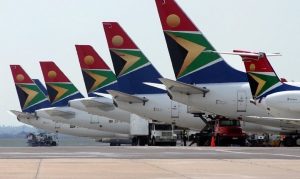 The renewed South African Airways (SAA) plans to start returning its planes to the skies from 23 September 2021, the company said in a statement made available to the media this week. In a tweet, the airline notes that:

The Wait Is Finally Over. In Just Under A Month, The Striking And Familiar Livery Of SAA Will Once Again Be Visible In The Skies As The Airline Resumes Operations. The Carrier Has Confirmed The First Flights Will Commence On Thursday, 23 Of September 2021. #FlySAA Pic.Twitter.Com/6fkmL5z6Ym

Tickets for SAA flights will go on sale from 26 August 2021. Voyager bookings and Travel Credit Voucher redemption will be available from 6 September 2021, according to reports from the airline.

“After months of diligent work, we are delighted that SAA is resuming service and we look forward to welcoming onboard our loyal passengers and flying the South African flag. We continue to be a safe carrier and adhering to Covid-19 protocols,” said SAA’s interim CEO Thomas Kgokolo.

In the initial phase of the national airline’s return, the company will begin by operating flights from Johannesburg to Cape Town, Accra, Kinshasa, Harare, Lusaka and Maputo. SAA says that more destinations will be added to the route network as it ramps up operations in response to market conditions.

“There is a profound feeling of enthusiasm within Team SAA as we prepare for take-off, with one common purpose – to rebuild and sustain a profitable airline that once again takes a leadership role among local, continental, and international airlines,” said Kgokolo.

“The aviation sector is currently going through a testing period, and we are aware of the tough challenges that lie ahead in the coming weeks.”

This latest statement from SAA did not indicate what the latest progress is with the ongoing due diligence process of the airlines chosen strategic equity partner, Takatso Consortium.

In June, South Africa lost the majority stake in SAA through a deal with Takatso.

A 51% black-owned enterprise that comprises pan-African investor group Harith Global Partners and aviation group Global Aviation, the consortium is expected to initially pump R3-billion into the airline. SAA will retain its name and will be domiciled in South Africa.

Two weeks ago, SAA received two leased Airbus A320 passenger aircraft. These aircraft were among the aeroplanes SAA sent back to lessors during its lengthy business rescue process.

The Airbuses were placed in storage and given six-year maintenance checks in Abu Dhabi during this time.

SAA has since told employees in an internal memo that the due diligence process with Takatso is gaining momentum and plans are well advanced for cargo and charter flights.