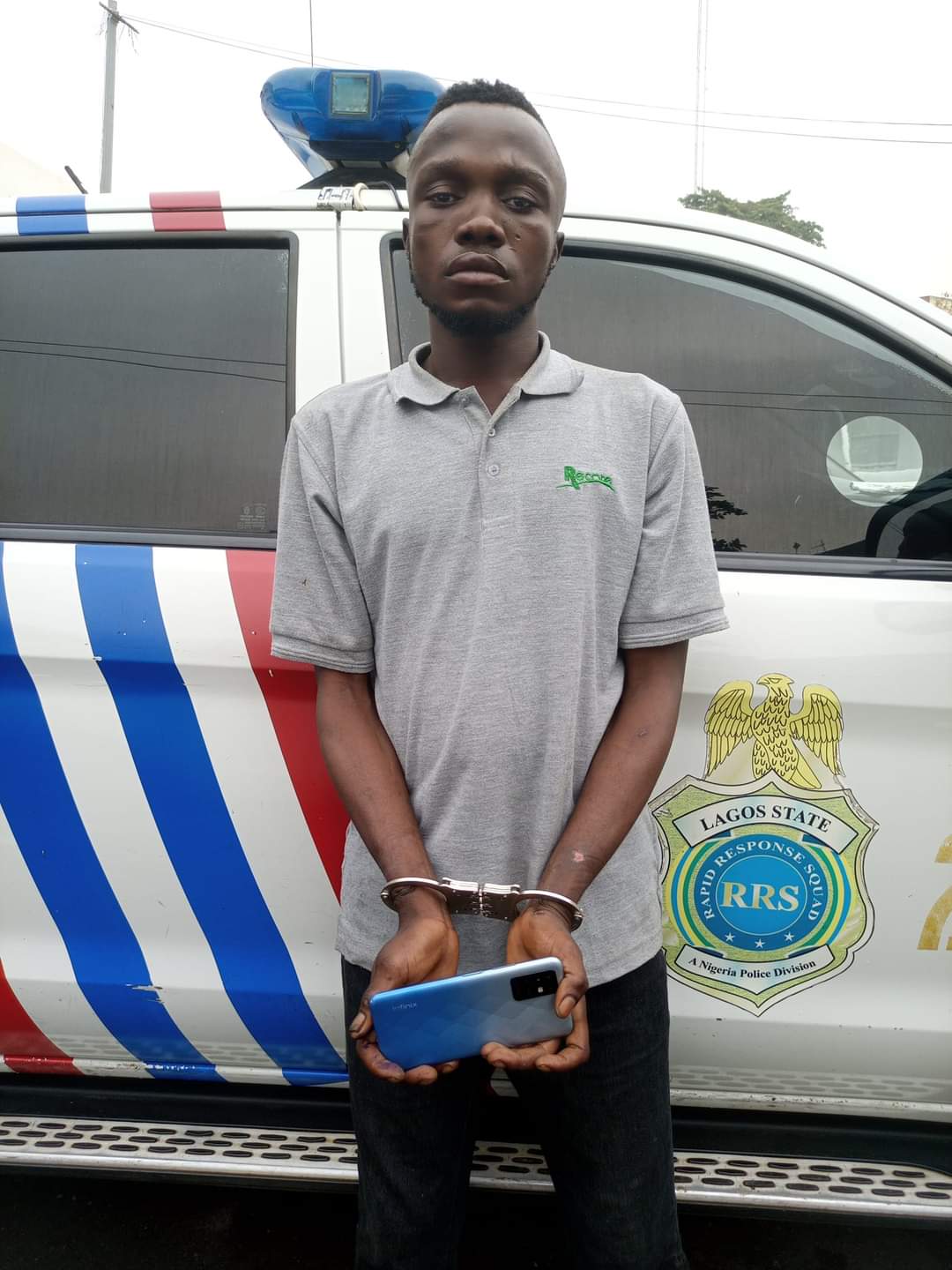 The men of the Rapid Response Squad RRS nabbed one Chinedu Ike, 25, who incidentally was rescued from jungle justice by a RRS Patrol team sometimes in September, 2022 in Iyana Oworo over the theft of a mobile phone.

He was beaten to a coma by eyewitnesses before he was rushed to the hospital by the team. He was discharged after some days.

On Monday, adopting his usual style, he sneaked into a parked car to steal the driver’s mobile phone in Iyana Oworo.

He was arrested by RRS officers when those who knew Chinedu hinted the driver to check his phone.

Our officers recovered the driver’s Infinix Note 10 from Chinedu’s bag.

He has been sentenced.