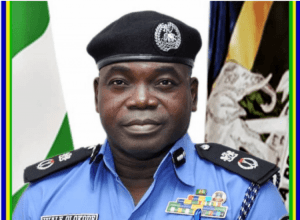 Eight suspected kidnappers that fled Benue State after killing a 65-year-old victim have been arrested in Osun State.

Osun State Police Command said the suspects were arrested by a team led by the Commissioner of Police, Wale Olokode, in the Omo Ijesa area of the state on Friday.

The spokesperson for the command, Yemisi Opalola, in a statement on Saturday, explained that the eight-member kidnap syndicate had abducted one Mrs Catherine Akiishi and relocated to Osun to negotiate a ransom.

She explained that the suspects had killed the victim before they fled Benue State, adding that the syndicate only relocated to deceive the police and safely collect a ransom.

The statement read in part, “The suspects were arrested on May 7, 2021, sequel to credible intelligence that the command received and acted upon in a follow-up on a case of the kidnapping of a 65-year-old, Mrs Catherine Akiishi in Benue State. The operation was led by the Commissioner of Police, Osun State Command, Olawale Olokode.

“Prior to the arrest, police investigations revealed that the suspects relocated to Osun State after the kidnap of the woman as a tactic to avoid arrest by the police in Benue State. The suspects have also planned to use Osun State as a safe haven for the negotiation and collection of ransom even after murdering the woman in cold blood. The suspects also revealed to the police team how they murdered three other victims in their previous operations.”

She said the suspects would be handed over to the Benue command after investigations into the crime had been concluded.