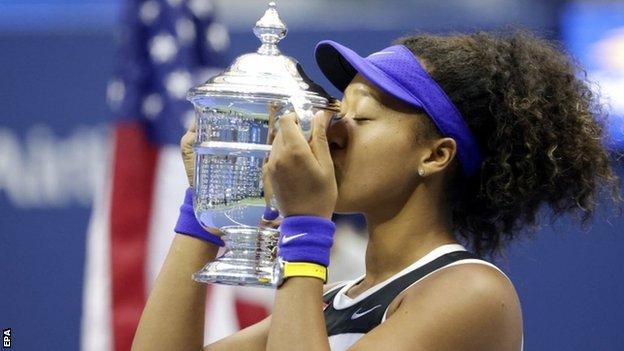 Laureus cited the “powerful statement” made by Osaka at the US Open, where in each round she came on to court wearing a face mask bearing the name of a different African-American victim of alleged police or racist violence.

“Regarding my activism on the court, I think it is important to use my voice, because for me I feel like I often hold back a lot and worry about what people think of me, but you know if you have a platform it is very important you use it,” said Osaka, who won the Breakthrough of the Year award in 2019.

“My main hopes for the future would be just to have helped or impacted as many people as I could and, hopefully be a better person.”

Briton Lewis Hamilton claimed the inaugural Athlete Advocate award, which has been brought in to acknowledge the wider impact on society made by athletes.

During the 2020 Formula 1 season, Hamilton took a knee on the grid and wore anti-racism slogans as he won a record-equalling seventh drivers’ title, while his Mercedes team also adopted a black livery for the campaign in a stand against discrimination.

Liverpool and Egypt striker Mohamed Salah won the Sporting Inspiration award for “his unique contribution over many years to those in need and for those less fortunate”.