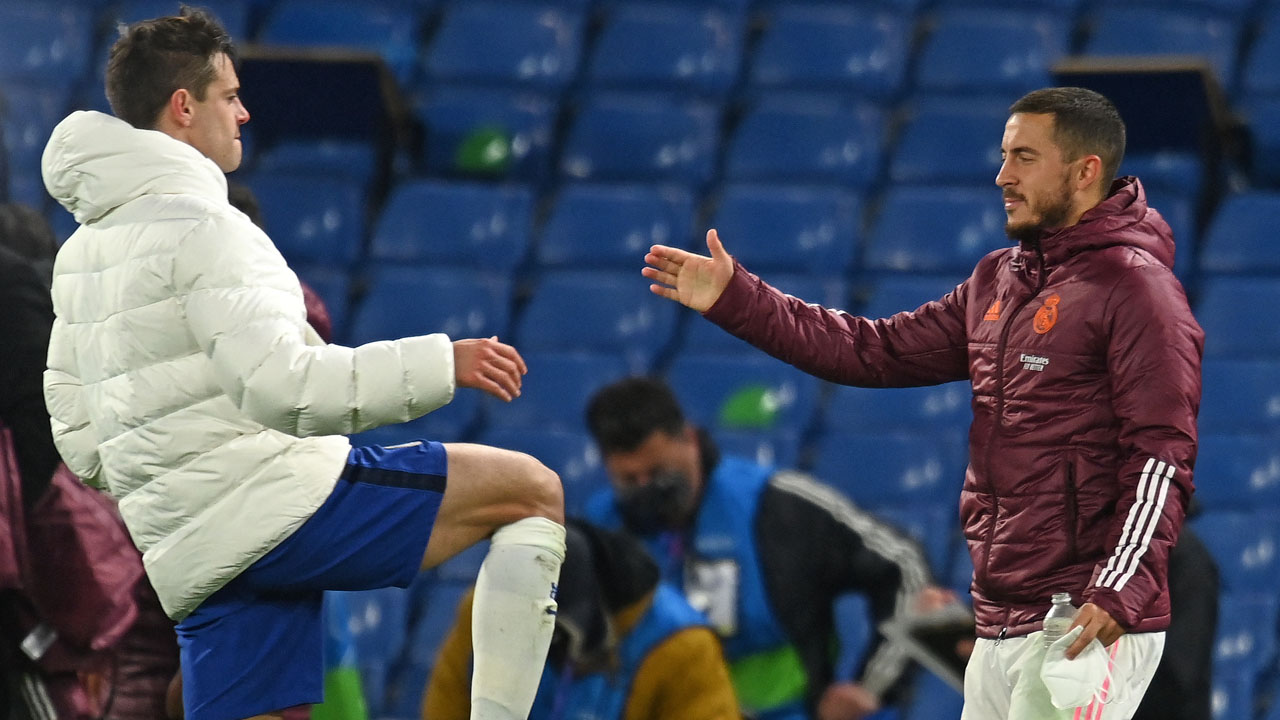 Eden Hazard apologised on Thursday after images appeared of him smiling in the aftermath of Real Madrid’s Champions League exit at the hands of his former team Chelsea. 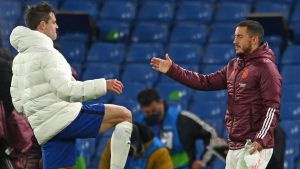 Images were broadcast of Belgium forward Hazard cheerfully chatting with his old teammates after Wednesday’s 2-0 loss at Stamford Bridge, which consigned Madrid to a 3-1 aggregate defeat.

“I have read lots of opinions about me today and it was not my intention to offend the Real Madrid fans.

“It has always been my dream to play for Real Madrid and I came here to win.”

On Sunday Madrid, who trail La Liga leaders Atletico Madrid by two points with four games of the campaign remaining, host Sevilla, a side with slim title ambitions of their own.

“The season is not over and together we must now battle for La Liga,” said Hazard.

Hazard joined the 13-time European champions from Chelsea in 2019 for a club-record fee of 115 million euros ($138 million) but has played just 40 games due to fitness issues.