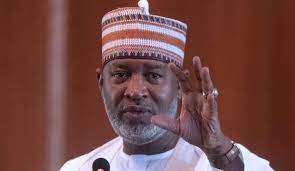 The federal government has announced that at least 17 airports under the management of the Federal Airports Authority of Nigeria (FAAN) that are currently not up for concession are going to be given to concessionaires. It also announced that the country’s civil aviation regulations were currently being reviewed for unbundling in order to make the entry requirements for aviation investors much easier.

The Minister of Aviation, Hadi Sirika, who disclosed this at the ongoing National Aviation Conference in Abuja, stated that aside from the current concession of Nigeria’s major international airports, other airports would follow suit.

“There are a lot of state airports, a lot of private airports, I believe that needs resources and investments and I’m sure the owners/operators of these airports will welcome investments from the private sector to enable them to achieve their strategic goals for implementing these projects.”

The minister, who was represented by the Director-General, Nigerian Civil Aviation Authority, Musa Nuhu, added, “So, by and large, the Nigeria aviation industry offers several opportunities for investments and we as the regulator, we are working at the regulations to unbundle them and make it easier for people to invest in all areas.

“This is especially in general aviation which has significant sectors and we are going to be unbundling our regulations to make the entry requirements much easier so that people are encouraged to invest.”

In his address at the conference, the Director, Commercial and Business Development, FAAN, Sadiku Rafindadi, stated that the Nigerian aviation market was huge, yet untapped.

He, however, noted that the plan of FAAN was to fully tap Nigeria’s potential and harness the available opportunities within the 21 airports managed by the authority.