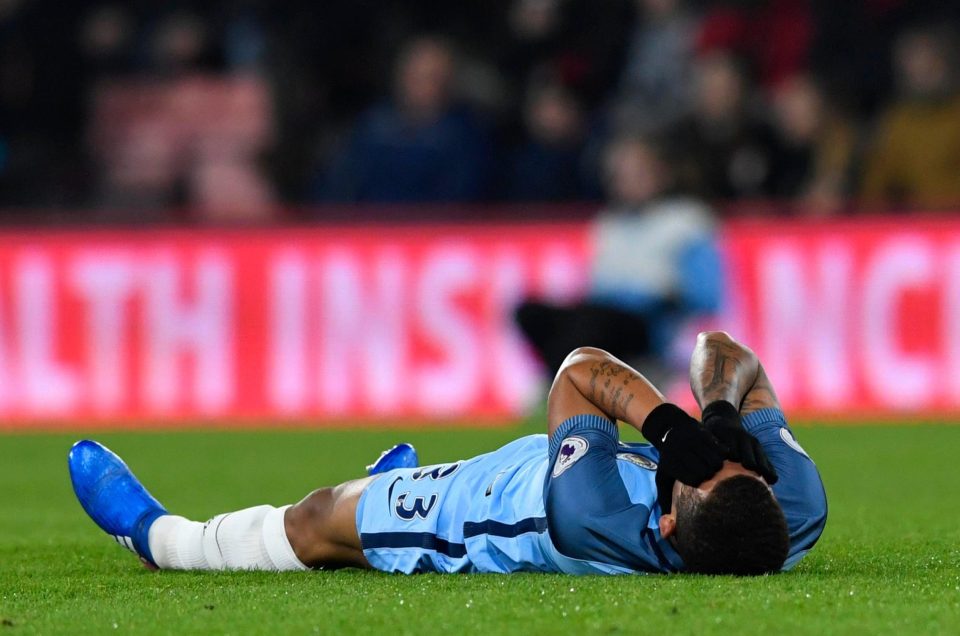 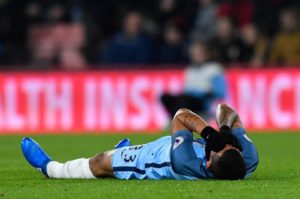 Manchester City striker Gabriel Jesus has suffered a ‘broken metatarsal’ and could be out for ‘two to three months’, reports coming out of the club’s medical department indicates.
The 19-year-old Brazilian limped off injured after 14 minutes on Monday night in City’s 2-0 win away at Bournemouth which moved them into second place in the Premier League table — eight points behind Chelsea.
Pep Guardiola had promoted the £27million January signing ahead of club legend Sergio Aguero after he burst into the side with three goals in two games. The injury, however, gave embattled Aguero the chance to remind City’s boss of his quality as he stretched to turn in Raheem Sterling’s cross to help clinch the victory at Bournemouth.
The news would be a big blow to Guadiola and his technical crew who had been banking on the new striker to fire the Cityzens back into title quest.
By Olisemeka Obeche