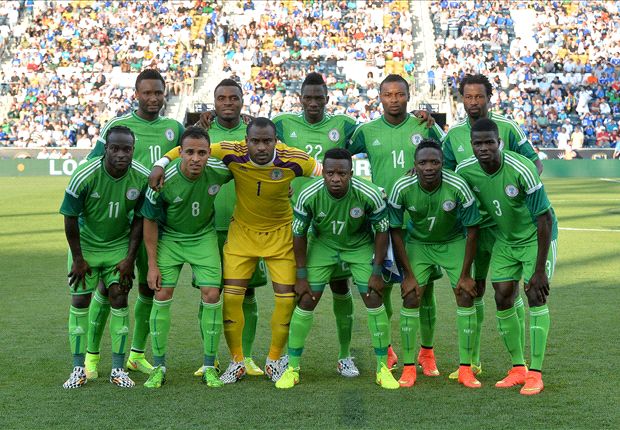 Playing its first game since it failed to reach the 2015 Afcon finals following a dramatic 2-2 home draw against South Africa in the last Afcon qualifiers in Uyo, the Eagles expected a triumph against their East African opponents. But the Nigerian side led by stand-in-coach, Daniel Amokachi was stunned by a resilient Cranes.

A deflected strike from Miya Farouk in the 80th minute gave the Ugandans a memorable win on the night that Captain Vincent Enyeama earned his historic 100 appearances for the Super Eagles in front of his home fans. The defeat added a bitter-taste to Enyeama’s century cap feat.

However, the Super Eagles could have picked up victory in the tie, if not for spurned scoring chances and brave saves of the Cranes goal keeper, Dennis Onyango. Strikers, Anthony Ujah, Ahmed Musa, Stephen Ukoh and Odion Ighalo all wasted glorious scoring chances to fire the Eagles into the lead, until Miya struck ten minutes from time to seal the victory for the East African visitors who accepted to play Nigeria at the eleventh hour following the withdrawal of Bolivia on security concerns.

CoachAmokachi had promised shortly after rounding off the team’s training session Tuesday that the Eagles would bounce back to winning ways after missing the 2015 Africa Cup of Nations held in Equatorial Guinea. “We will try to lift up ourselves to fix things right. It’s a good thing that we are starting with a game during the FIFA window,’’ assured the former Super Eagles and Everton FC striker.

Amokachi had defended his team selection which left out some prominent stars in the squad on the premise that the new Super Eagles team under his charge was “made up of young players eager to do well and give Nigerians a good game”.

The Super Eagles will play South Africa in Nelsprit on Sunday, March 29 in the second phase of the international games.