Global games manufacturing giant, Sony, is preparing to introduce a new video game subscription service for the PlayStation as early as next week, said people familiar with the plans. 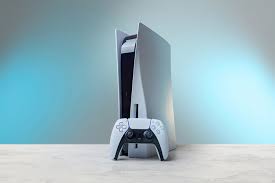 The service, which has been in development under the codename Spartacus, is Sony’s answer to Microsoft’s Xbox Game Pass, a sort of Netflix for video games that has amassed more than 25 million subscribers. Sony’s game will debut with a splashy line-up of hit games from recent years, said the people, who requested anonymity because the plans are private.

Sony’s new service will combine two of its current offerings, PlayStation Now and PlayStation Plus. Customers will be able to choose from multiple tiers offering catalogues of modern games and classics from older PlayStation eras.

Documents from Sony showed the most expensive tier will also give players access to extended demos and the ability to stream games over the Internet.

PlayStation consoles have outsold Xboxes in recent years, but Sony lags behind Microsoft’s efforts in the streaming market. Xbox Game Pass offers hundreds of games for US$10/month. One of Game Pass’s biggest selling points is that subscribers get access to many titles on the same day they go on sale in stores for $60 or $70 each. That includes this year’s much-anticipated Microsoft sci-fi game Starfield.

Sony will likely be at a disadvantage there. The new service is not expected to feature its biggest titles on the day they come out. The upcoming God of War Ragnarök, for example, is unlikely to be offered on the streaming platform right away, said one of the people familiar with the plan.