The South African Broadcasting Corporation (SABC) has called out the government on the switch off of analogue broadcasting setting the stage for a potential showdown between communications minister Khumbudzo Ntshavheni and the SABC after the public broadcaster’s board labelled government’s plan to switch off analogue television broadcasts on 31 March as “premature” and an “unsustainable risk” to the rights of millions of indigent South African households. 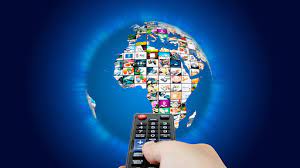 The SABC, which has been quiet on the issue until now, broke its silence in a statement late on Friday in which it said switching off analogue TV broadcasts at the end of the month – as promised by Ntshavheni – would also jeopardise its turnaround plan.

Although the SABC has already switched off analogue broadcasts in five provinces, it said the remaining four – Gauteng, KwaZulu-Natal, the Western Cape and the Eastern Cape – are home to 68% of South Africa’s population. It said that as of last month, only 165 000 government-subsidised set-top boxes, out of 2.9 million indigent households, had been installed in these four provinces, representing 5.7% of the total.

“The number is simply too low for the SABC’s analogue TV services to be switched off in the four largest provinces, at this stage,” the corporation said in the carefully worded statement.

Government agreed early in the digital migration project to supply free set-top boxes into indigent homes, a pledge that it has failed to meet despite having more than a decade to get the job done.

Ntshavheni is under growing pressure to delay the analogue switch-off beyond the end of this month. She has been taken to court by eMedia Holdings – the parent of free-to-air broadcaster e.tv – and has also faced criticism from civil society groups. The high court is expected to hand down judgment in the eMedia matter next week.

In its statement on Friday, the SABC board said it is “hopeful” that its “engagement” with Ntshavheni will result in “favourable outcomes, including the extension of the analogue switch-off timetable”. It said the “extension of the timetable will ensure no South African is left behind or denied access to free-to-air and public television services”.

“The SABC engaged with the digital migration project mindful of its inescapable constitutional and legal obligations to the people of South Africa. The corporation will do everything possible within the intergovernmental relations framework and the law to safeguard its interests and protect the rights of every citizen to access public television services,” the corporation said.