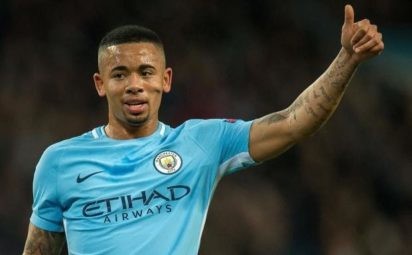 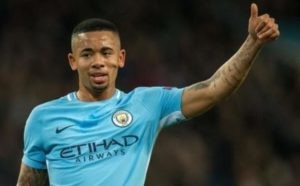 Manchester City forward Gabriel Jesus says no player can feel his place is safe after Leroy Sane was dropped from the squad for the weekend’s Premier League match against Newcastle. The Germany international, who arrived last summer, did not even make the bench for Saurday’s 2-1 home victory for the defending champions. Gabriel Jesus Sane, who was not selected in the Germany World Cup squad, had featured in City’s four previous matches this season, although his only start, in the Community Shield, saw him hauled off at half-time. Reports at the weekend suggested Pep Guardiola had not been impressed with his attitude and application — something the manager denied in his post-match press conference — but it appears the 22-year-old has some work to do to get back into favour. Jesus admits it is a wake-up call for all the players. “It is normal with this amazing squad (a player can be left out),” said the Brazil international. “On Saturday it was Sane, but in the future, it’s going to be me or other players too. I’m going to work hard to avoid that from happening to me, though. “We all know the quality Sane has, his importance in the club but it’s the beginning of the season, it’s normal that some players have started stronger or are more fit than others. “I just hope when he comes back to the team he’s at 100 percent and he’s able to help us as he’s always done.”