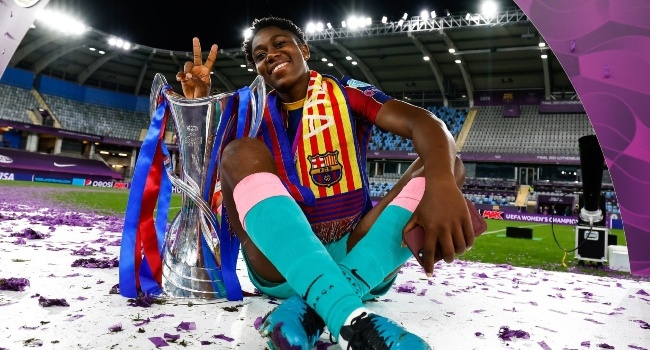 Asisat Oshoala has made history as the first African to lift the UEFA Women’s Champions League with club giants Barcelona.

The Catalonian side broke a 13-year dominance by French and German Champions League winners since Arsenal lifted the trophy in 2007. 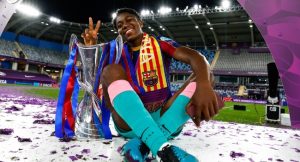 Booming with some level of confidence after their triumph at Women’s Super League last week, the Spanish champions totally outclassed their English opponents by putting 4 goals past Mušović to record their first Champions League victory.

The 26-year-old who was recovering from an injury was introduced in the 71st minute and almost got her name on the score sheet but for the referee to rule out the goal for offside.

Goals from Alexia Putellas, AitanaBonmati, and Hansen and an own goal from  MelanieLeupolz’s confirmed the Spanish champions’ superiority all before the break.

Oshoala was instrumental in her side’s progression to the latter stages of the competition by registering goals against PSV and Fortuna Hjørring in the earlier stages.