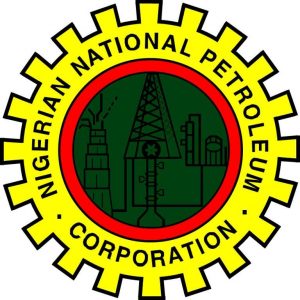 The Nigeria National Petroleum Corporation (NNPC) has disclosed that it spent N60.4 billion as subsidy on Premium Motor Spirit (PMS), also known as petrol, in February 2021.

In its April 2020 presentation to the Federation Account Allocations Committee (FAAC), the NNPC noted that the amount incurred as subsidy in February was N24.68 billion higher than the N35.72 billion it earned from crude oil export in March 2021.

The corporation added that it is awaiting the conclusion of negotiations between the Federal Government and stakeholders, so that it can commence the implementation of the deregulation policy of the government.

The NNPC said: “The shortfall of N60.4 billion arising from the difference between the landing cost of PMS and the ex-coastal price in the month of February 2021 affected the revenue accruable to the federation.

“The corporation being the sole importer of PMS, awaits the outcome of engagement between government and relevant stakeholders to establish an appropriate petroleum products pricing methodology in a deregulated environment.”

In general, the NNPC disclosed that it recorded crude oil sales, both export and domestic sale of the commodity, of N267.59 billion, rising by 97.71 per cent compared to the N134.35 billion recorded in January 2021.

It added that it earned $93.37 million, an equivalent of N35.72 billion from the crude oil export sale in March 2021, a 204 per cent increase compared to the figure in February 2021; while domestic gas receipts stood at N5.75 billion.

It stated that feedstock valued at $66.43 million was sold to the Nigerian Liquefied Natural Gas (NLNG) in February, out of which payments of $63.79 million were received; explaining that the difference was due to modified carrying obligations (MCA), gas reconciliation and credit notes.

On the part of other receipts, the NNPC added that: “The sum of $2.22 million being miscellaneous receipts, gas and ullages fees and interest income was received in March 2021.”

It further stated that the country maintained the 1.426 million barrels per day OPEC production cut quota in the first quarter of 2021.

In addition, the NNPC disclosed that it spent N3.68 billion on pipeline repairs and management, stating that N1.813 billion was spent on security and maintenance of the pipeline and N1.867 billion on strategic holding.