The Nigerian National Petroleum Company Limited (NNPC) has said the country lost $1.5 billion worth of crude oil, which represents about 250,000 barrels of crude per day, to oil theft between January and March 2022. 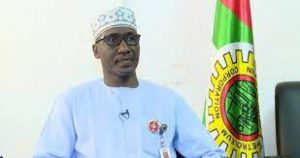 Consequently, Kyari canvassed the establishment of a special court to try cases of oil theft and pipeline vandalism. He said this would ensure speedy trial of culprits.

The GMD, who blamed the drop in the country’s daily crude oil production on the activities of oil thieves and pipeline vandals, said they must be tackled seriously in view of the danger their activities are posing to the economy.

He said: “From January till date, we lost an average of 250,000 barrel per day and at the current price of about 100 dollars to the barrel, even within this short period, we have lost close to 1.5 billion dollars. This led to decline in production from the Bonny terminal. In January 2021, we were producing 239,000 barrel from the line linking Bonny terminal and we only receive 190,000 barrel meaning that we lost about 19,000 barrel to thieves then per day.

“This situation deteriorated to the extent that by March 7, 2022, it came to zero and so, we shut down the line and declared ‘force Majeur’. Even on our most reliable pipeline which is the Forcados pipeline, we still lost about 7000 barrel per day. Needless to say that this is all coming as a result of act of vandals and oil thieves.

“So many interventions has taken place and we have continued to remove the insertions. To put it in a context, within a distance of less than 20 kilometre, we removed 85 insertion. So, you can imagine when you are running a pipeline of about 300 to 400 kilometres.

“Some of these activities are done in a very professional manner. If you look at slide two, you see the connections. You will see that you need a lot of time, capacity to make these insertions. In one location, we have seen an insertion that is exactly the size of the servicing pipeline.”

Kyari told the lawmakers that the government is intensifying efforts to battle the menace. However, he said: “All we need to do is to increase the advocacy so that the legal process takes its cause and prosecutions are done timely.

“I will recommend we set up a special court for this. Such cases will be speedily dealt with, so that it is not just the ordinary ‘small’ people that you see at those locations that are prosecuted.

“We know that to sell crude oil in the international market, it is not the business of the ordinary people that you see in these illegal refineries. It is an elitist business and we must have the courage to set up very independent special courts to try cases related to this.”