Global outrage has greeted the sentencing of Mubarak Bala to 24 years imprisonment, by a Kano State High Court on Tuesday after he reportedly pleaded guilty to an 18-count charge of blasphemy levelled against him by the state government. 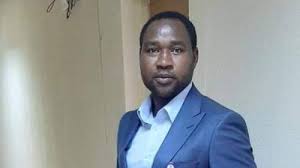 At a time when massive amnesty is being granted to ‘repentant’ terrorists and criminals in the region, Bala’s incarceration, on grounds of blasphemy, is viewed as inhuman, cruel and ungodly.

Mr Bala, who is the president of the Humanist Association of Nigeria, was arrested at his home in Kaduna State on April 28, 2020, over his Facebook post considered to be critical of Prophet Mohammed and Islam.

The post reportedly caused outrage among Muslims in many parts of Northern Nigeria who are predominantly Muslims. Mr Bala was subsequently arrested following a petition by a lawyer, S.S Umar, and other Islamic clerics and transferred to Kano State. He was then held for two years without charges and with whereabouts unknown to his family and lawyer.

He was later charged.

On Tuesday, the suspect appeared before a judge, Farouk Lawan, of Kano High Court 4, and pleaded guilty to all the 18 counts he was charged with.

Mr Bala insisted he was not going to change his plea when the judge asked him whether he understood the consequences of his guilty plea.

The spokesperson, Kano Ministry of Justice, Baba Jibo, in a statement, said Mr Bala was sentenced to 48 years for inciting contempt of religion and breach of public peace.

“He was convicted after he pleaded guilty before the court with 18 count charges. The court ordered that the imprisonment term be commenced from the time he was initially arrested.

“Similarly, the court ordered the term should similarly run concurrently. By the order, the convict should serve 24 years in a correctional facility,” Mr Jibo said.