Members of Peoples Democratic Party, PDP, from the six geo-political zones of the country will be eligible to vie for the 2023 presidential ticket of the party, if the recommendations of the Samuel Ortom-led zoning committee are implemented.

It was gathered that the committee, which is expected to submit its report tomorrow, has recommended throwing the presidential ticket open. This happened as a former Governor of Ekiti State, Mr Ayo Fayose resigned his membership of the PDP zoning committee because of his presidential ambition. 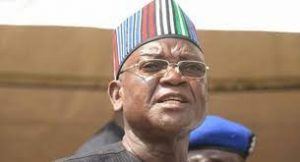 Meanwhile, three presidential aspirants on the platform of the PDP, Dr. Bukola Saraki, Governors Aminu Tambuwal of Sokoto and Bala Mohammed of Bauchi have restated their readiness to work for the emergence of a consensus candidate, even if it meant sacrificing their ambitions.

Ahead of Thursday’s submission of its report to the leadership of the PDP, the Samuel Ortom-led committee on zoning yesterday met behind closed doors at the Benue Governor’s lodge, Asokoro, Abuja.

The National Executive Committee, NEC, of the party at its 95th meeting set up a 37-man committee with a mandate to recommend to the party zoning of the 2023 presidential ticket and other elective offices.

With members drawn from the 36 states of the federation and the Federal Capital Territory, FCT, the PDP had urged the committee to come up with a position acceptable to its members particularly in the zoning of elective offices.

Addressing newsmen at the end of the meeting, Benue State governor, Samuel Ortom, said: “By the Grace of God, we have unanimously adopted a position that will be sent to the NEC of our party that appointed us.

“The good news for teaming supporters of the PDP and Nigerians is that we have resolved and everyone of us-the 37 members, unanimously adopted the position that we are going to present to NEC.”

Although, Ortom was evasive on zoning, our correspondent gathered that it would urge the NEC to throw the presidential race open to all Nigerians, irrespective of their zones of origin.

Some of its recommendations include the “affirmation of zoning as provided in the PDP constitution; ticket is thrown open this time around due to exigency of time.

“Our party is encouraged to always make the issue of zoning very clear at least six months before sales of forms; our party should commend the efforts of some of our contestants on the issue of consensus candidacy. The efforts should be seen to a peaceful and logical conclusion.”

A source at the meeting revealed in confidence that voting demography in the 2019 Presidential election won the argument in favour of throwing the ticket open, rather than zoning it to a particular region.

The source said: “Reference was made to the 10 states with the highest turnout of voters in the 2019 election. Of these 10 , nine were northern states and only Lagos made the list. Kano, Kaduna, Katsina had the highest number of voters’ turnout, while Lagos came a distant fourth.

“The logic here is that aspirants should be allowed to test their popularity at the primary election but if they choose to adopt a consensus approach, that will be acceptable to the party. It is a position members of the committee were comfortable with.”

In 2019, the party zoned its presidential ticket to the North, arguing that the zone needed to complete its slot, following the death on May 5, 2010, of President Umaru Musa Yar’ Adua, who spent two years and 11 months only in office.

As a result, 12 Northern candidates gathered in Port Harcourt for the 2018 primary won by former Vice President, Atiku Abubakar.

Party chieftains from the South have argued that in the spirit of equity, the favour should be returned this time to the South.

However, founding fathers of the party, including Atiku and ex-Jigawa State governor, Sule Lamido, insisted that as an opposition party, the PDP would dim it’s chances if it excluded a section of the country from the presidential race.

In a letter sent to Governor Ortom before the commencement of the meeting, Fayose hinged his resignation on his decision to join the presidential race.

“Having hinted during our last meeting of my intention to run for the office of the President in the coming primary election and by God’s grace, the general election, it will not be morally right to continue to participate in the zoning debate being an aspirant myself.

“Therefore, my state has nominated the bearer of this letter, Dr Gbenga Faseluka to replace me,” the letter read in part.

In support of the push for a consensus candidate, Saraki, Tambuwal and Bala Mohammed during a visit to Governor Seyi Makinde of Oyo State, yesterday, Ibadan, said they would support any person that would be picked as the party’s consensus flagbearer.

Their decision was hinged on the need to salvage the country from the myriads of challenges confronting it above their personal ambitions.

Saraki, who led the other two governors was also accompanied by a former Senator, Haliru Hayatudeen on the visit to Governor Makinde at the Agodi Government House, Ibadan.

The former Senate President opined that the country needed to be salvaged from its current state of insecurity, economic doldrums and poor governance above any other personal ambition.

Saraki said: “We have looked at the country today, the hardship our people are going through, with the issue of insecurity and it is clear that it is only our party the PDP that can provide that brighter future for this country.

“But, in doing that, we ourselves as a party must be ready for government in 2023 and that fact includes uniting ourselves and being focussed that it is not about our individual differences, it is the interest of Nigerians that matters.”

“We all of course have shown individual interest to be the president but we have decided in our meetings that we are ready to subject ourselves to a consensus arrangement. That consensus arrangement is not just one for a part of the country either North or South, no, it is a consensus arrangement for the PDP because even whoever wins this ticket cannot address, fix and rebuild this country by himself, he needs the support of everybody and we want that foundation to start from that process and that is why we are all here.”

Responding, Governor Makinde said he was optimistic Nigerians would take the party serious when they know that they are all working together to give the country a President through a process that everybody would buy-in, comprising of stakeholders with no rancour.

“So, I promised my elder brothers that we will work hand-in-hand to ensure that this consensus arrangement is successful.