The Ohanaeze Ndigbo Council has decried the continued detention of the supreme leader of Indigenous People of Biafra (IPOB), Mazi Nnamdi Kanu, by the Federal Government. It also flayed the unabated insecurity and killing of innocent people in the country.

Addressing journalists yesterday, in Owerri, the Imo State chapter president of the body, Chidi Ihemedu, urged President Muhammadu Buhari to facilitate the immediate release of the IPOB leader in the interest of peace. 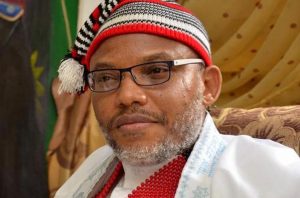 He insisted that beyond the charges levelled against the chief agitator, he was entitled to say or agitate for anything he felt that was not going well in the country or against his people. Ihemedu added that his release would put an end to the insecurity and socio-economic challenges confronting the country, particularly in the South East states.

“Apart from giving him the publicity of being a political detainee, he should be let go. And mind you, he is entitled to his agitation. There is nothing wrong in agitation. After all, we have people that agitated in one way or the other for Nigeria’s independence.”

On the 2023 general elections and the clamour by Ndigbo for the presidential slot, the Ohanaeze Ndigbo chieftain insisted that anything short of giving the Igbo the opportunity to produce Nigeria’s next president come next year would be at variance with equity, equality, fairness and national character.

He added: “There should be zoning of the presidency in 2023. That is the equality and equity we are talking about. That is also the principle of national character that is enshrined in our Constitution.

“As we have already said, Ohanaeze Ndigbo is going to support any political party that gives the Igbo race the opportunity to become the President of this country this time around.”

Also, a group, Concerned Citizens of Igbo Race (COCIR), implored the ethnic nationality to unite for the presidency.
It equally advised the state governments to grant amnesty to all agitators and hoodlums operating in the zone for sustainable harmony.

The appeals were contained in a statement issued yesterday in Owerri after a consultative meeting with the theme, “Re-integration of the Igbos for National Relevance,” signed by the National President, Reverend Emmanuel Ikechukwu Omeokwe; National Secretary, Prince Francis Chilaka; National Director of Media and Publicity, Prince Joseph Nwosu-Okorie and National Director of Strategy and Logistics, Pastor Anayo Vincent Uba.

The group maintained that the presidential project can never be realised if the ethnic nationality remained divided, adding that there was urgent need to reach out to other ethnic groups preaching justice and equity.

In a statement in Abakaliki, the National Publicity Secretary, Franklin Nkemdirim, noted that the group was “aware of the fact that he is the ring leader of political musketeers, who are interested in advancing the interest of Atiku Abubakar against the South East project.”

He admitted that though it was his constitutional right to campaign for any aspirant of his choice, but doing it now against the interest of Ndigbo “shows that he is the leprous finger that deserves political amputation and should not be allowed to repeat the sad history of Jos ‘98 PDP convention where Jim Nwobodo was used to abort the victory of Dr. (Alex) Ekwueme.”