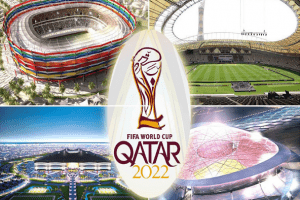 Japan qualified for a seventh successive World Cup after beating Australia 2-0 in Sydney. The result also qualified Saudi Arabia from Asia Group B.

Mitoma replaced Takumi Minamino in the 84th minute and claimed a quick-fire brace that guaranteed Hajime Moriyasu’s side a top-two finish in Group B of Asia’s preliminaries and sealed Saudi Arabia’s World Cup spot.

The Australians cannot finish higher than third and will face the third-place finisher in Group A in a playoff, with the winners taking on the fifth-best South American side for a berth at the finals.

Saudi Arabia, who played China in Sharjah later yesterday, has amassed 19 points and are now certain to finish no lower than second.