Nigeria will receive €12.2million (N5.6billion) from FIFA if they qualify for the Qatar 2022 World Cup later this year.

The World Cup in Qatar will take place from November 24 to December 18, with 32 teams taking part in the competition.

The Super Eagles are looking to qualify for their seventh World Cup appearance but they are two games away from achieving that feat. 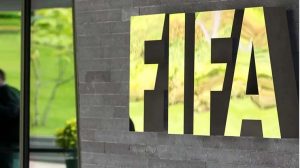 They face the Black Stars of Ghana in the play-off to Qatar 2022, with the first leg billed for the Baba Yara Stadium on Friday (today), while the second leg holds in Abuja on Tuesday.

World governing body FIFA increased the qualifying bonus from €10million to €12.2million to help the qualified teams prepare well for the tournament.

The Nigeria Football Federation received €10million from FIFA when they qualified for the 2018 World Cup in Russia.

Meanwhile, the build-up to the fixture has been spiced up by talk of the long rivalry between the two nations, dating all the way back to their first meeting in 1951, when the Nigerians romped to a 5-0 victory over their neighbours.

Nigeria have kept a clean sheet in each of their last three meetings in World Cup qualifiers against Ghana – winning one and drawing two, although they have failed to score in three of the previous four such meetings themselves.

Ghana remain unbeaten in their last five games against Nigeria in all competitions – winning three and drawing two.

There is just a single goal scored across the last three meetings (Asamoah Gyan’s winner for Ghana at the 2010 AFCON), with the last two encounters ending goalless (a friendly in 2010 and most recently at the African Nations Championship in 2014).

Ghana and Nigeria shared exactly the same records in the second round of qualifying for the 2022 World Cup, both winning four, drew one and losing one of their six matches.