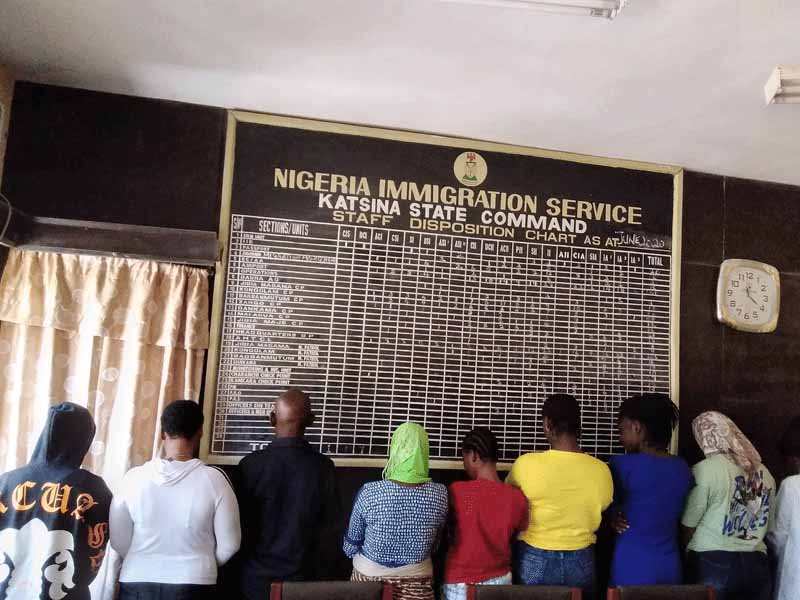 The Katsina State Command of the Nigeria Immigration Service (NIS) has apprehended four suspected human traffickers and rescued 33 victims in border communities across the state between March 19 and May 7, 2021. The state Comptroller of the Service, Abdulrazak Muazu, unveiled this Friday at the command’s headquarters in Katsina, while addressing journalists on the rescue of another batch of 10 victims of human trafficking in the state. 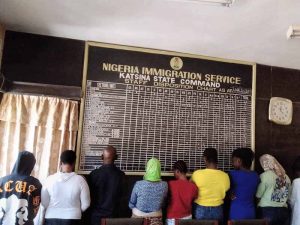 He added that the 10 victims were rescued by the officers of the command along Babba Mutum axis when they were trying to cross the border town to Niger Republic for possible exist to Libya through illegal routes.

According to the comptroller, the victims were misled by their traffickers whom he said their business is to ferry persons across the nation’s land borders via illegal routes “for their selfish gains”.

He said: “It may interest you to note that this arrest brings to a total of 33 victims of human trafficking and four suspected human traffickers arrested by the command from 19th March, 2021 to date.

“The command however is prepared to burst the syndicate groups operating within our area of jurisdiction. I will like to assure the general public that Katsina State will no longer be used as transit routes for trans-border crimes.”

While admonishing human traffickers, migrant smugglers and their collaborators to have a change of attitude and desist from the illegal business, the comptroller said the NIS under the leadership of Muhammad Babandede has provided conducive atmosphere to tackle human trafficking in the country.

He said the 10 rescued victims of human trafficking would be handed over to the Katsina State liaison office of the National Agency for the Prohibition of Trafficking in Persons (NAPTIP) for further investigation.