FG to inject 700MW to electricity grid by December 2021 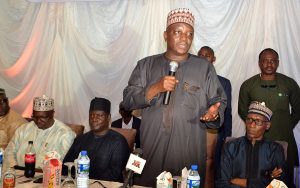 The Federal Government has announced that 700 MW will be injected into the national grid by December 2021, stating that the status of the project is 89% completed so far.

This was disclosed in a statement by the Minister of Power, Engineer Sale Mamman. “I am excited to announce that we will be injecting about 700MW of electricity into the national grid by December 2021 from the Zungeru Plant barring any unforeseen developments,” he said.

The World Bank recently reported that about 62% of Nigerian consumers do not believe that the power sector is being managed efficiently, and 66% of electricity consumers in Nigeria are willing to pay more for power if supply improves. Also, a total of 74% of power users in the country are dissatisfied with the supply of electricity.

The Minister dismissed concerns of a major hike in electricity tariff, as he clarified that there was no plan to significantly raise tariff. According to him, the clarification came amidst reports of a possible major increase in the tariff payable by electricity consumers nationwide beginning from July this year. He said: “The order by the Nigerian Electricity Regulatory Commission on April 26, 2021 titled ‘Notice of Minor and Extraordinary Review of Tariffs for Electricity Transmission and Distribution Companies’ was a routine procedure.”

He added the review being planned by the NERC was in accordance with Section 76 of the Electric Power Sector Reform Act of 2005.

“The tariff for customers on service bands D and E (customers being served less than an average of 12 hours of supply per day over a period of one month) remains subsidised in line with the policy direction of the Federal Government,” he said.