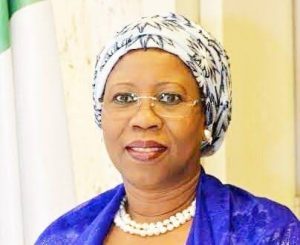 The Federal Government has urged critical stakeholders and agencies with skills acquisition mandates to synergise in tackling twin challenges of unemployment and poverty.

Amb. Mariam Katagum, Minister of State for Industry, Trade and Investment made the call on Thursday at the Industrial Training Fund’s (ITF) graduation of 11,100 youths under its 2020 National Industrial Skills Development Programme (NISDP). She noted that among the greatest challenges facing the country today were poverty and unemployment, being triggered with various anti-social behaviours.

She therefore, advised that the enormous task of youth empowerment should not be left to the ITF and other government agencies alone.

In recognition of the dangers the challenges posed, she said the Federal Government had been implementing a number of initiatives and policies intended to reverse the trend. This, she said would also wean the country from dependence on oil, through economic diversification.

Some of these policies she said include the Economic Recovery and Growth Plan (ERGP), the National Youth Investment Fund (NYIF), the Economic Sustainability Plan (ESP) and the MSMEs Survival Fund, which is a key component of the ESP.

To further complement this drive, the minister said the Federal Government recently entered into partnership with Microsoft Corporation, an American multinational technology company.

According to her, the partnership was to accelerate the country’s efforts in deepening the digital economy anchored on three pillars namely, increased connectivity, up skilling and job creation and digital transformation.

This she said were concrete efforts by Government to keep up its commitment to take 100 million Nigerians out of poverty.

“In all these efforts, one critical driver of these transformative programmes has been the Federal Ministry of Industry, Trade and Investment, which plays a key role in diversification of the resource base of the economy. The Ministry has pursued this mandate with vigour, by ensuring that service delivery of its Agencies, were enhanced to stimulate the growth of the domestic economy for self-reliance,” she said.

She expressed optimism that with increased youth empowerment, the future prosperity of the country is secured, because these are the people that will, in the future, make policies and occupy positions of authority.

She said that the ministry would collaborate with relevant agencies and stakeholders in tackling and proffering solutions to challenges of unemployment and poverty in Nigeria.