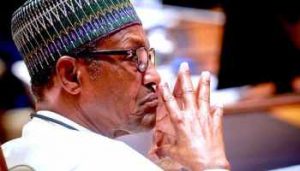 The African Action Congress has condemned the incessant attacks on Southeast Nigeria by men of the Nigeria Police Force upon the orders of the Inspector-General of Police, Usman Alkali-Baba.

The party, in a statement on Thursday, stated that the IGP could give such orders due to the high-handedness of the President Muhammadu Buhari regime which is to be blamed for the insecurity and anarchy that currently bedevils the country.

In a statement signed by its National Publicity Secretary, Femi Adeyeye, the group maintained that it is the primary responsibility of the government to secure the lives and property of citizens and in situations of conflict, take restorative measures within the confines of the law and universally recognised human rights laws.

The statement reads:
“IGP Usman Alkali-Bala has once again re-echoed the barbaric, lawless, and insane order that police officers in the Southeast must ignore the law, human rights and good sense by shooting at sight while raiding house-to-house for IPOB/ESN.

“We condemn this order as genocidal, extrajudicial and totally illegal. The police cannot under any circumstance act as accuser, judge and executioner at the same time. While the AAC condemns attacks against public institutions, we maintain that the Buhari dictatorship is to be blamed for the insecurity and anarchy that currently bedevils the country.

“We are not oblivious of the fact that the agitation for secession; an inalienable right enshrined in known conventions has joined the litany of conversations in our polity. In effect, the Buhari regime is deliberately heating up space so as to create an excuse for its abdication of responsibilities of providing governance – security and welfare of the people.

“The social media is awash with credible videos of armed security agents shooting at civilians indiscriminately and turning young people into games. Against the unwarranted violence and genocide of the Nigerian state, the AAC stands in solidarity with every person living in Southeastern Nigeria.

“We maintain that it is the primary responsibility of government to secure lives and property of citizens regardless of which part of the country they live in- North or South. And in the case where there is a breakdown of law and order, the role of government is to take restorative measures within the confines of the law and universally recognised human rights.

“People cannot continue to sing dirges and cry while members of the ruling class foment war and violence instead of addressing the fundamental issues that have led to the legitimate and lawful calls for secession.

“Meanwhile, the people of IPOB and Oduduwa agitators are not the only groups calling for an exit out of this Nigerian contraption, even Miyetti Allah recently announced a call for Fulani-exit. Aside from the fact that the average Nigerian mentality has long seceded from this gulag we call a country, President Buhari, who in fact is the author of the socio-economic anarchy, no longer believes in the contraption he rules and has practically seceded from the country; the reason he tours the entire world even at the slightest flu.

“AAC warns IGP Bala to call off his officers and act under the purview of the constitution. In the event that he turns fascist deaf ears to popular voices of reason, we urge rank and file officers to act only according to lawful orders. The police need to understand that the anti-poor regime that has failed to provide them with adequate remunerations, training and modern facilities and conditions of work is equally responsible for poverty, insecurity and overwhelming socio-economic order that has made all of us victims of a rapacious and wicked Nigerian state.

“While the AAC will continue to recognise and identify with rights to secession, we reiterate yet again, the need to bond and rise together as oppressed people across the North and South of Nigeria against this regime of anarchy, death and destruction. Stop the genocide in the Southeast! Stop the war in Nigeria today! All oppressed people should unite and fight for their rights”