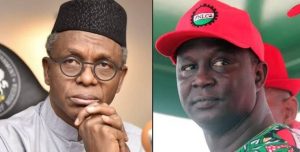 The Kaduna State Government and the Nigeria Labour Congress have reached an agreement on the plan by the state government to lay off workers. The NLC has since Monday led workers to protest against Kaduna government’s retrenchment plans. The late Thursday agreement between the two parties was brokered by the federal government in Abuja.

Part of the agreement was that the Kaduna government will follow due process and the “principle of redundancy,” as stipulated in Section 20 of the Labour Act, in its Public Service Revitalization and Renewal Programme, which is expected to lead to the retrenchment and sack of workers.

The parties also agreed that the Nigeria Labour Congress (NLC) will no longer continue with its industrial action while no worker shall be victimized by the state government on account of his or her participation in the industrial action.

The Kaduna State Government had earlier announced the sack of hundreds of university teachers and nurses for joining the strike. That announcement is expected to be reversed.

A 10-member bi-partite committee comprising six representatives of the Kaduna State Government, three officials of the NLC, and one from the federal labour ministry was also set up to engage further on how to execute the agreement and ensure that the state government adhered to the principle of redundancy.

The Thursday meeting was called by the labour minister, Chris Ngige, to put an end to the strike and protest by the NLC over the Kaduna government’s plan to sack workers.

In the agreement signed by both parties and the representative of the federal government, it was resolved that it is the right of an employer to retrench workers. But in doing so, due process, especially the principle of redundancy, must be followed strictly.

“It was resolved that the principle of redundancy as stated in section 20 of Labour Act, Cap L 1 Laws of the Federation of Nigeria (LFN) should apply,” the agreement reads.

The agreement reads as follows: “Following the three days industrial action embarked upon by the Nigeria Labour Congress (NLC) on the 17th of May, 2021 in Kaduna State, the Federal Government through the Federal Ministry of Labour and Employment apprehended the industrial dispute by holding an emergency conciliation meeting between the Kaduna State Government (KDSG) and NLC to deliberate on the following contentious issues as alleged by the NLC.

“The NLC also explained their position that they got into the dispute following reports by their Kaduna State affiliate Unions and Negotiating Councils.”

On the resolutions reached, the agreement said: “the meeting agreed that all the listed issues fall within the ambit of redundancy therefore, it was resolved that the principle of redundancy as stated in section 20 of Labour Act, Cap L 1 Laws of the Federation of Nigeria (LFN) should apply.

“The meeting also recognized that the current impasse was caused by communication gap between the State Government and NLC occasioned by both the local chapter and even the Kaduna State Government Officials.”

It added, “in view of the foregoing, the meeting resolved to constitute a 10-man Bi-partite Committee comprising six representatives of State Government and three officials of the NLC to engage further with the objective of reverting to a work plan on how to integrate the provision of section 20 of the Labour Act CAP L1 LFN 2004 to resolve the impasse between the State Government and the NLC.

“The meeting also resolved that the Committee should have as Chairman, the Head of Service of the Kaduna State Government and assisted by a Deputy National President of the NLC. The Committee is expected to revert with the work plan for peaceful resolution of all issues in contention to the Honourable Minister of Labour and Employment by Tuesday 25th May, 2021.

“The work plan is to itemize the structure and sub-structure in the State and Local Government of their activities, time of commencement and envisaged final tenure of the Committee or make recommendations if in its wisdom it thinks the Committee should be a Permanent Standing Committee.”