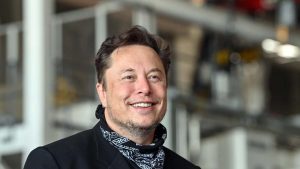 In late March, the Silicon Valley billionaire said he was giving “serious thought” to building a new social media platform.

Musk was responding to a Twitter user’s question on whether he would consider building a social media platform consisting of an open source algorithm and one that would prioritise free speech and where propaganda was minimal.

Musk, a prolific user of Twitter himself, has been critical of the social media platform and its policies of late. He has said the company is undermining democracy by failing to adhere to free speech principles.