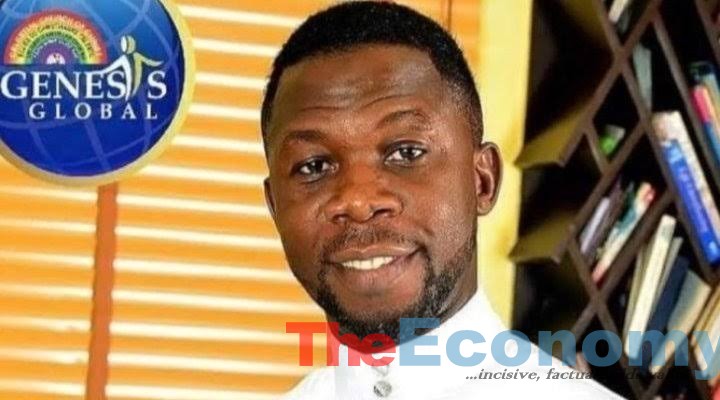 The Lagos State High Court in Ikeja, on Tuesday, rejected the post-conviction bail application filed by the Senior Shepherd-in-Charge of the Celestial Church of Christ, Genesis Global, Prophet Israel Ogundipe.

Justice Olabisi Akinlade had on November 18 sentenced the popular prophet to one-year imprisonment for converting a woman’s property to his personal use and stealing.

It had been reported that the court found Ogundipe guilty of stealing and unlawful conversion of the property of a London-based architect, Mrs Oladele Williams-Oni.

Ogundipe, who was arraigned on seven counts bordering on obtaining by stealing, inducing delivery of money by false pretences, unlawful conversion of property and forgery, fraudulently collected N14m and £12,000 in various tranches from the complainant between August 30, 2002 and 2005.

Justice Akinlade, who found Ogundipe guilty on two counts count of stealing and unlawful conversion of property not delivered, sentenced him to one-year imprisonment on each count and ordered that he should pay the complainant the sum of N11m, which he obtained from her illegally.

After the judgement, Ogundipe through his counsel, Olanrewaju Ajanaku, filed a motion on notice for bail pending appeal.

He sought the order of the court to admit the applicant to bail unconditionally pending the hearing and determination of the appeal.

Ogundipe, in a 16-paragraph affidavit sworn to by his counsel, noted that being diabetic, he could not follow a strict diet and constant specialised medical attention in the custodial centre, which had taken a toll on his health.

He further stated that before his incarceration, he was suffering from hypertension, peptic ulcer and unending malaria, which had worsen his health challenges since his conviction.

However, in a counter-affidavit sworn to by the prosecutor, Rotimi Odutola, he urged the court to reject the application, noting that the convict never made mention of his health status during trial.

He said, “The convict spanned several years before the court for trial, there was never a time the convict complained about his state of health during trial, only for him to allude to facts about his alleged state of health now that he has being in custody for barely three weeks.

“Indeed, if his health status truly requires treatment, the correctional centres also have a procedure for referral where an inmate’s health case so demands without the prompting of anyone.”

Following the argument of the counsel, Justice Akinlade held that the convict did not prove any special circumstances that could persuade the court to grant his application, adding that the Court of Appeal Practice Direction, 2013 provided for a quick hearing of criminal matters.

“The convict has not shown any medical records of his illness. Also, he has not been to the prison hospital for treatment, so his appeal can be heard early by the Court of Appeal.”