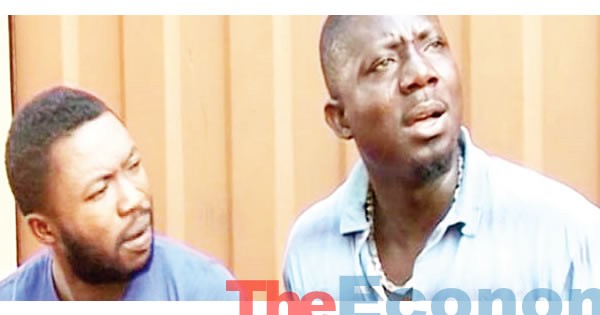 Josaya, who is the prophet and founder of St. Moses Orimolade Cherubim and Seraphim Church, Ilorin, was convicted after a long trial and sentenced to four years’ imprisonment with no option of fine by Chief Magistrate Mohammed Ibrahim. Josaya was sentenced along with his accomplice, Gabriel Moyosore, a herbalist, who bought human skulls from him. 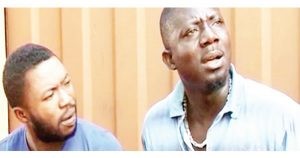 The men were convicted of conspiracy, trespass and unlawful possession of human parts. The police first information report revealed that Josaya unlawfully gain entry into a cemetery, where he exhumed human skulls and sold them to various customers at the rate of N8,000 per skull. A human skull was discovered in possession of Moyosore and he confessed to the crime, the FIR added.

The Investigating Police Officer, Peter Ibiyemi, told the court in his evidence that Josaya confessed that he had exhumed over 200 human skulls from the Muslim Cemetery, Osere area of Ilorin.

He added that Josaya began the business in 2009 and that he carried out his operation mainly at night and singlehandedly. According to Ibiyemi, for each operation, he paid N10,000 to the cemetery security guard. He also stated that Josaya confessed to have sold each skull for N6,000 to Moyosore.

During cross examination, the counsel for the pastor, Ibrahim Olojoku, argued that the statement obtained from his client was not voluntarily made, adding that he was compelled by the police to admit to the crime.

Olojoku, who claimed to have witnessed the torture of the accused by the police, added that he gave the statement under duress.The counsel for the convicts, Toyin Onanolapo, promised to make proper consultation as to whether to appeal the judgment or not.

It will be recalled that in 2016, Josaya and his accomplice were arraigned before Magistrate Kudirat Yahya for criminal conspiracy, criminal trespass and unlawful possession of human heads contrary to sections 97, 348 and 219 of the Penal Code Law. The case was transferred to Chief Magistrate Muhammed Ibrahim in 2018.