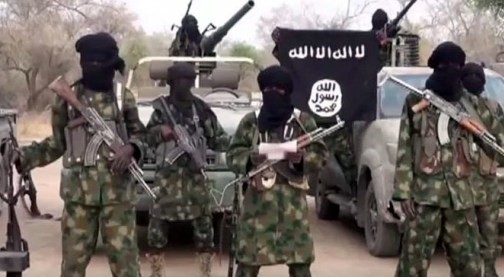 Four days after Col. D.C. Bako was killed by a Boko Haram  ambush in Borno State, another convoy of government officials made up of 15 security personnel and many civilians have been killed by another Boko Haram ambush in the state. Besides, the terrorists  captured the Police Armoured Personnel Carrier (APC) and other vehicles in the convoy.

The  government officials were travelling to Baga town to meet with Governor Babagana Zulum who had gone earlier in an Airforce chopper. He was scheduled to receive about 3000 civilian refugees from both Maiduguri and Monguno IDP camps, for a brief empowerment ceremony that would  usher them back home to their farmlands.

Zulum had repeatedly said that the war against terrorism in the Northeast would only be won when the refugees in the IDP camps are released back to safety in their villages and farms. That way, the camps would gradually diminish in population and government efforts would not be in vain.

Last July, Governor Zulum narrowly escaped death when on his way to the same Baga, in continuation of his food distribution programme, Boko Haram terrorists opened fire on him and his entourage. This incident happened 5 km away from  a military base of 1,181 troops. In a statement that went viral, the enraged governor had accused the military of deliberate sabotage.

The military denied it, as expected. But in all of the above, what is not in doubt is that the war against terrorism in Nigeria is fraught with negligence, leakage of intelligence reports and sabotage by some government officials and security personnel who sympathize with Boko Haram, or are paid to do so.

The Nigerian military should be more circumspect about the new Boko Haram strategy of ambush attacks. The sect avoids pitched battles as much as possible, preferring guerilla warfare and ambushes. Surprise attacks are intended to kill much with ease, dispossess the enemy, weaken their morale and prolong the war. Eleven years since Boko Haram was allowed to fester on Nigeria, with great carnage, our leaders and security agencies should make progressive victories, not further compromises.