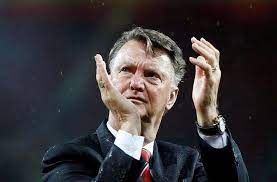 For the third time in the Dutch football history,Louis van Gaal has been named head coach of the Netherlands.

The 69-year-old Dutchman replaces Frank de Boer, who quit last month after a last-16 defeat by the Czech Republic at Euro 2020.

He has not managed since being sacked by United in 2016 and said it was an “honour” to return to the Dutch team.

“Dutch football has always been close to my heart and coaching the national team is a key position for moving our football forward,” said Van Gaal.

The Netherlands have three World Cup qualifying matches in September when they will hope to rebuild from their unsuccessful Euro campaign.

“There is little time until the next qualifiers so the focus is therefore immediately 100% on players and what approach we will take,” said Van Gaal.

Van Gaal has won over 20 major honours, including a Champions League with Ajax and league titles with Barcelona and Bayern Munich.

At the 2014 World Cup in Brazil he guided the Netherlands to a third-place finish, before joining Manchester United where he won the FA Cup.

Dutch Football Association director Nico-Jan Hoogma said as the team had “little preparation time” for their qualifiers, they “were looking for a coach with exceptional qualities… and for whom coaching the national team does not hold any secrets”.

“With his experience and record at the highest level, we identified Louis van Gaal,” he added.

Since Van Gaal quit in 2014, the Dutch have had seven different coaches including GuusHiddink, Danny Blind, Dick Advocaat and Ronald Koeman.