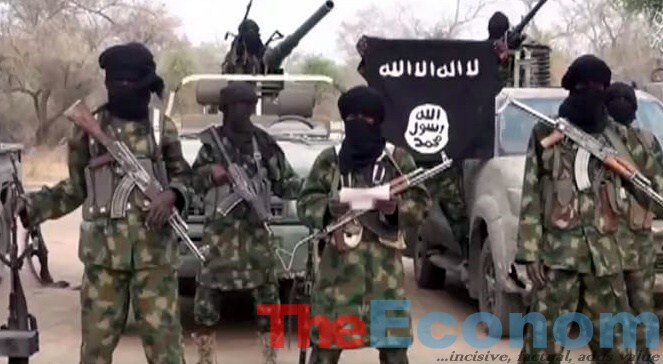 The Nigerian military has said it and other security agencies will continue to ensure ‘effective surveillance’ of Abuja and its neighbouring states to prevent an attack by Boko Haram.

It has been over three years that the terror group carried out any attack on the Nigerian capital as the military and other security agencies continue to battle the insurgents in Northeastern states.

Despite the efforts of the security agencies, however, the terror group still carries out attacks in the North-east, mainly in Adamawa, Borno and Yobe states.

However, a supposed internal memo of the Customs service suggests the terrorists are regrouping around Abuja, Kogi and Nasarawa, all in North-central Nigeria.

The military’s statement was in response to the controversial memo, purportedly signed by the Comptroller, Enforcement of the Nigeria Customs Service headquarters, H.A Sabo, disclosing that the terrorist group has camped in five prominent locations in Abuja with plans to unleash terror on residents of the city.

“Further reports have it that they are planning to attack some selected targets within the territory. They are reported to have set up their camps in the following identified enclaves:

When contacted by PREMIUM TIMES on Sunday morning, the spokespersons of the Customs service and the Nigerian Army, Joseph Attah and Sagir Musa respectively, denied knowledge of the circulated memo.

Mr Attah did not say the memo was fake; rather, he told PREMIUM TIMES that he is not aware of the source of the document, promising that the service will do a thorough investigation to identify its source.

None of those contacted stated expressly that the memo or its content was false.

However, the spokesperson of the Defence Headquarters, John Enenche, allayed the fears of residents, noting that security agencies have been alerted.

“The Defence Headquarters wishes to reassure residents of FCT and other adjoining states that the Armed Forces of Nigeria and other security agencies have been on red alert to combat crime and ensure effective surveillance of the Federal Capital Territory and other States of the country. This is an imperative sequel to a purported memorandum from the Nigeria Customs Service warning it’s staff on a possible attack on the FCT,” the major-general said.

He said the military and other security and intelligence agencies are working hard to ensure no Boko Haram attack occurs in those states.

“The general public is thus advised to go about their lawful businesses undeterred,” he stated, advising the general public to remain vigilant and report any suspicious activity accordingly.

Boko Haram insurgency has claimed the lives of thousands of people and rendered millions homeless, particularly in the Northeastern parts of the country.

Prior to 2016, Book Haram attacks were rampant in Abuja and Nasarawa with buildings such as the police headquarters and the UN building in Abuja attacked.

Although the ruling All Progressives Congress (APC) before the 2015 presidential election accused former President Goodluck Jonathan of complacency in fighting the insurgency, the APC-led government of President Muhammadu Buhari has not been able to defeat the insurgents, although it has reduced the states and places they operate in.

Apart from Boko Haram, Nigeria is also battling other security challenges including kidnapping and banditry