Nigerian elites and the P&ID fraud 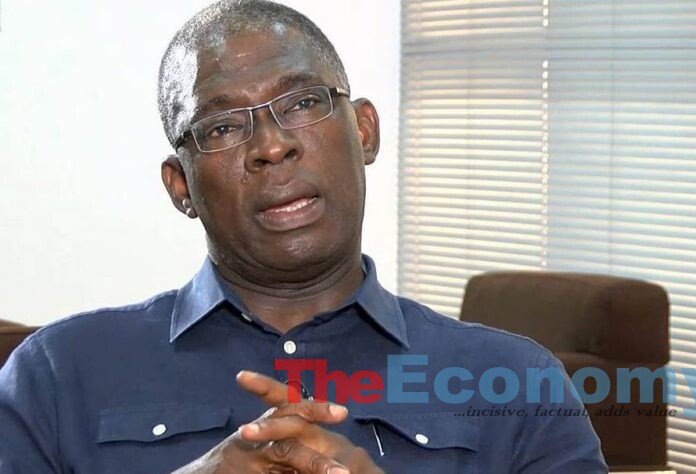 When the history of Nigeria’s ‘destruction’ will be written, the elite will feature prominently. The controversy generated by the P&ID case clearly demonstrates the view that privileged Nigerians in positionsof authority work to undermine the national interest for personal gain. As Legal scholars pore over the recent judgment to decipher the way forward, recriminations are already flying even as the government has vowed to prosecute those involved.

TheEconomyng got its hands on the judgement and has been scavenging the document to unravel those behind the monumental fraud. The list of ‘elite’ Nigerians involved in the case is mind boggling. Olasupo Shasore, former Attorney-General and one time governorship aspirant  in Lagos State;Mohammed Bello Adoke, former Attorney-General of the Federation; Justice Alfa Begore, former Chief Justice of Nigeria;Taofik Tijanni former Commissioner for Energy, Lagos stateand Late Dr Rilwan Lukman, former petroleum minister among other top government officials. It is interesting to note that many of those accused have formally admitted to these allegations in their statements to either the EFCC or the arbitration tribunal.

The P&ID case came to public consciousness when it won a $6.6billion judgement debt against Nigeria. Nigerians were shocked to learn that the country couldbe made to cough up about $9billion(including in interest accrued), which represented a third of its foreign reserve to a company that didn’t execute a contract. Many were asking how is it possible for a company to claim lost future profits when it didn’t even build a processing plant. This and many other questions prodded the government to beam its search light on the case.

Fearing global backlash, P&ID quickly moved to have its judgement enforced.It secured judgementsfrom courts in the USA while Nigeria scrambled to have a stay of execution while it filed cases for more time and relief from sanctions.

A contract built on fraud

P&ID approached the Ministry of Petroleum Resources in 2008 to sell the idea of building a gas processing plant. It volunteered to pay ($700m) for the construction while Nigeria supplies it with ‘wet’ gas for free for processing and then supply Nigeria ‘lean’ gas after processing to use in power plants. What was not known then was that there were Nigerians who were working behind the scenes to aid the project for financial gain even when they know they were setting the stage for massive fraud.

The Chairman of the technical committee that vetted the project in the petroleum ministry, the legal adviser to the ministry of petroleum and the minister of petroleum resources as well as the NNPC legal director were in cahoots with Michael Quinn, the promoter of P&ID. What was not known then was thatMichael Quinn cannibalised a contract originally meant for Tita-Kuru, a firm owned by T.Y Danjuma. However a settlement was reached between Danjuma’s firm and P&ID.

Mr Taofik Tijanni who was chairman of the technical committee in the ministry of petroleum resources, had the responsibility for assessing the project and making recommendations. Despite having reservations about the project including the track record of P&ID, he failed to stop the project due to pressure from the then minister for petroleum Dr Rilwan Lukman, court records show.According to Tijanni, Dr Lukman clearly had an interest in P&ID going ahead with the project which is why at a meeting on gas flaring in Niger Delta, nobody was aware that the contract for gas processing plant in Calabar had been signed by the ministry and Dr Lukman wassilent about it such a crucial matter.

What’s more,the thenminister of minister of state in charge of gas resources, Odein Ajumogobia was not aware that such a contract was signed. Mr Tijanni later admitted to the EFCC in November 2019 that he “collected bribe from P&ID to overlook the shortcomings in its bid”, court records show. Tijanni admitted collecting $50,000 cash from Mr Quinn among other monies collected by proxy on his behalf.According to Tijanni, Mr Quinn dropped a black bag in his car which contained $50,000 cash saying to him “we take care of our friends”.

A company Conserve oil which is linked to Tijanni also received $30,000 from SESFTF, a company controlled by Mr Quinn and Cahill, and Tijanni admitted in his statement that the money was meant personally for him. He also received a total of about N8million on April 3 2014, which he said was contribution to his son’s wedding.Interestingly, Tijanni who was the gate-keeper and who could by a stroke of pen stopped P&ID may never have to pay for his crimes as he entered into a non-prosecution agreement with the Attorney-General of the federation, Abubakar Malami.

Ms Grace EyaneyaTaiga, Legal director of the ministry of petroleum received $100,000 for legal opinion which advised the Minister to sign draft agreement despite the minister’s initial contrary opinion. Interestingly Ms Taiga also used her daughter to collect bribes from P&ID even when she left the ministry of petroleum resources. Taiga’s daughter received $10,000 from companies controlled by Michael Quinn and associates. She claimed they were for medical expenses.

Ms Folakemi Adelore, Legal adviser to the Ministry from 2013 to 2017 admitted that she received an unsolicited cash of $100,000 in November 2014from Supo Shasore (who was appointed counsel for Nigeria in the arbitration) through a proxy, for supporting Shasore’s position that “Nigeria had a bad case” and thus recommending a settlement with P&ID in November 2014. After making the recommendation she travelled to London in December, 2014 in company of Shasore, and Mr Ikechukwu Oguine, coordinator of legal services at the NNPC (who also received $100,000 cash from Shasore) to negotiate a settlement with P&ID. Mr Oguine made a witness statement before the arbitration but was considered immaterial because it contained no relevant evidence. His statement was a repetition of what Shasore had already submitted.

Ms Adelore in her statement to the EFCC admitted that she felt Shasore was working against the interest of Nigeria. Despite this, she wrote to the permanent secretary of the ministry saying she was “in no doubt that the ministry was in breach of the GSPA and called for settlement.

Shasore’s lethargic interest in the case is best described by his recommendation to Mohammed Adoke, and then attorney-General that called for settlement. His recommendation of July 2014read as follows: “there appears to be a lack of exonerating facts or any documentary evidence with which to defend the claim” and urged a “possible settlement”. Adoke then wrote to President Jonathan “expressing his agreement with Shasore advice that there were no exonerating facts and therefore no legal basis to defend the claim”.

Shasore who was paid $2million in legal fees admitted making “personal gifts of $100,000 each to Ms Adelore and Mr Oguine. Nothing is more damning for the Lagos lawyer than the fact that he put up a weak defence on behalf of Nigeria. Shasore after much delay and just before the time for filing defence elapsed submitted a statement of disputed fact that was less than a page. This was seen as a sop to P&ID counsel. In fact, Shasore didn’t even ask to cross-examine the witnesses and all this was after he recommended settlement with P&ID.

In fact in May 2014, Shasore’s Twenty Marina Solicitors had “emailed the tribunal stating that it would not be able to lodge Nigeria’s skeleton argument on the deadline or attend jurisdiction hearing due to difficulty in obtaining instructions”. Yet Shasore never requested for an adjournment of the hearing and the tribunal determined that it had jurisdiction and that the GSPA was valid and binding on both parties.Some legal minds are wondering why a senior lawyer will engage in what they term treasonous practice. “After going through the judgement I find it hard that someone as Shasore, who was former Attorney General of Lagos will work to undermine the country” says an arbitration lawyer who pleaded anonymity. Some believe Shasore was distracted by his governorship ambition as he sought to succeed Babatunde Fashola as governor of Lagos state while others believe he knew what he was doing as he was looking for money to prosecute his campaign.For Professor Itse Sagay,things are this bad andholds the elite responsible for the destruction being wreaked on the country.

Also In a bid to solely appropriate the legal fees, Shasore engaged in one of the most unethical practices in the law profession.  Shasore whopracticed withthe law firm, Ajumogobia and Okeke howeverhid the contract from the firm and ran it through a different firm, Twenty Marina Solicitors, which provided secretariat services.

Nigeria seems primed for the colossal fraud when a former chief Justice of Nigeria, Alfa Belgore wrote an expert report upon which P&ID relied to institute case against Nigeria. This is in clear violation of the constitution which forbids past Chief Justices to provide sensitive and privilege information to foreign private company. Belgore was questioned by the EFCC last year and he is being investigated by the Code of Conduct Bureau.

Responding to the scandal, Shasore defended his conduct while alluding to his patriotism. he however did not respond to the allegations of paying bribes.

The last has surely not been heard about the P&ID case as the judgment merely granted Nigeria temporary relief from sanctions. Analysts are calling for the prosecution of those who have violated their oath of allegiance to the constitution.