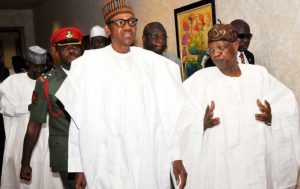 In continuation of its move to determine what Nigerian media organisations should publish and broadcast and the medium they use for such, the Nigerian government has now included ‘all online media’ among the media organisations it seeks to be able to censor.
Using the existing broadcast code of the Nigerian Broadcasting Commission (NBC), the government already censors broadcast stations, ordering them to stop the broadcast of programmes it feels uncomfortable with and imposing fines on broadcast stations at will. Many such fines and censorship have been condemned by media advocates and civil society organisations as an attack on free press.
However, undeterred by the criticism it has faced, the Nigerian government has now told the parliament that it wants ‘all online media’ among those it can use the NBC law to censor.
“I want to add that internet broadcasting and all online media should be included in the bill,” Information minister Lai Mohammed told lawmakers on Wednesday.
The government’s move to regulate and censor all media houses at will is part of a larger move to shrink the civic space, human rights advocates have lamented.
The government recently commenced the process of regulating social media platforms after it banned Twitter, two days after the microblogging site deleted a controversial tweet by President Muhammadu Buhari. The government accused the social media platform of allowing itself to be used against Nigeria’s interest, saying that part of the conditions for reversing the ban is that it must determine what Nigerians can post on the social media platform.
The government has since asked all social media platforms to register with the NBC and ordered all broadcast stations to stop using Twitter.
On Wednesday, at a public hearing by the House of Representatives on a bill to amend the NBC Act, the government sought the cooperation of the lawmakers to extend the regulatory powers of the NBC to include ‘all online media.’
Section two of the proposed amendment wants NBC empowered to “receive, process and consider applications for the establishment, ownership of radio and television stations.”
“I want to add that internet broadcasting and all online media should be included in the bill,” Mr Mohammed told the lawmakers.
Mr Muhammad had cited Pakistan, China, Singapore, Algeria, Turkey, Australia among others as countries Nigeria is looking to emulate in regulating social media.
Implication of Amendment
The amendment sought by the government means that discretionary powers of fining and determining what can be published as wielded by the NBC on broadcast media may be extended to all online media.
This, media advocates say, is undemocratic and makes the government effectively controlling the press and undermining the people’s right to know.
Largely because the NBC is an appendage of the ministry of information, it has over the years taken controversial actions against some broadcast stations, actions which are believed to be politically motivated.
It has also arbitrarily clamped down on broadcast media without resorting to any court order.
“The National Assembly should not enact any law that will deny press freedom,” the executive director of the International Press Centre, Lanre Arogundade said
“If we do that (enact the law), they will take Nigeria many years back,” he added in reference to the military era which Nigeria exited in 1999.
He added that the proposed amendment gives NBC arbitrary power to close down a media on the basis of alleged infraction.
This, he said, was prone to abuse as the press activities will be policed by a government agency “with a non-elected body,” in the guise of national security.
“The public should know that an assault on the media is an assault on them. It’s not a media battle alone, it is for everyone,” Mr Arogundade noted.
He added that the government’s quest to check fake news should start from its officials, citing instances where presidential aide Lauretta Onochie, who despite being culpable on some occasions of spreading fake news without consequences, was recommended as an INEC commissioner by President Buhari.
“The government should curb fake news itself. They should stop blackmailing the media,” he said.
“We are concerned about an alarming backsliding on human rights across Nigeria as the Federal Government and State authorities continue to use the criminal justice system and repression to silence peaceful dissent, while failing to ensure accountability for violations of rights. People continue to suffer repressive measures including unlawful surveillance and harassment, arbitrary arrests, detention and unfair trials,” a coalition of civil society organisations including Amnesty International and the Centre for Democracy and Development (CDD) said in a recent statement.
“The Nigerian authorities have continued to propose laws to regulate the social media, and restrict the rights to freedom of expression, access to information, and media freedom, including through legislative bills popularly known as the ‘Hate Speech Bill’ and ‘The Social Media Bill’ which both provide severe punitive sanctions such as the death penalty in some cases, for social media users convicted of “crimes” provided under them.”