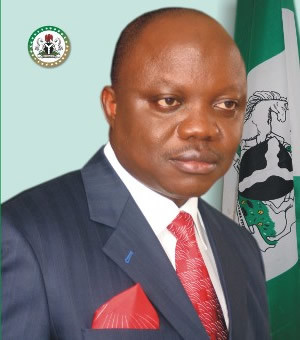 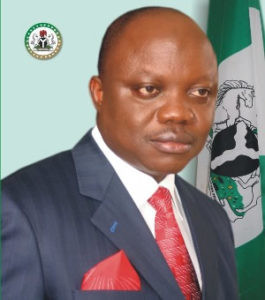 The immediate past governor of Delta State, Dr Emmanuel Uduaghan, has accused his successor, Governor Ifeanyi Okowa, of being vindictive and working to destroy the legacies he left behind.

Uduaghan warned Delta people against re-electing Okowa for the second term in the 2019 elections.

The former governor said his recent defection to the ruling All Progressives Congress at the centre was so that he could liberate Delta State from the oppression of the Okowa-led Peoples Democratic Party administration in the state.

A statement on Monday by his media aide, Mr Monoyo Edon,  quoted Uduaghan to have said this while addressing a crowd of his supporters at Olomoro, Isoko South Local Government Area of the state.

He was said to have paid a condolence visit to an APC chieftain, Chief Lucy Esigie, who recently lost his sister, Mrs Alice Ogri.

Edon, in the statement, said  “Uduaghan revealed that all the things he left for the people to enjoy have been bulldozed by the leadership of the state on a vindictive mission to wipe off his legacies from the state; but just like the biblical Moses, he had pitched tent with the ruling party to liberate Delta State from the jaws of the PDP.”

“Moses grew up in the palace where everything was comfortable for him but the Lord told him that his people were suffering. He charged Moses to leave the palace so as to liberate them. I have answered the call to return to active politics to liberate and unite our people who have been deeply polarised by the leadership of the PDP. I have come for the APC to take over and I am leading the Take-over Squad,” Uduaghan was quoted to have said.

But the Delta PDP has described Uduaghan as a “less than a featherweight politician” in Delta State.

The PDP boasted that come 2019, it would send the former governor to its final political oblivion.

The Publicity Secretary of the PDP in Delta State, Dr Ifeanyi Osuoza, stated this while reacting to the statement credited to Uduaghan.

Osuoza said, “The boast by Uduaghan is completely laughable and further proof that the former governor still has not learnt any political lesson from the humiliating defeat he suffered at the hands of then Senator Ifeanyi Okowa at the PDP primaries in 2014, when he (Uduaghan) used the full apparatus of the state to sponsor and support another candidate.

“As governor, Dr Okowa has endeared himself to the majority of Deltans with his stellar achievements in all sectors of the economy. They cannot wait to re-elect him come 2019.

“When it comes to politics and elections in Delta State, Dr Uduaghan should realise that he is less than a featherweight. Does he even know how he became governor in the first place? In 2019, we shall ensure that he is exiled into political oblivion once and for all.”

He described Uduaghan’s assertion that the PDP never protected its own as the ranting of a drowning man clutching at every available straw.

“Governor Uduaghan was actually referring to himself when he made that statement. This was exactly what he did when he was the leader of the party as the governor. Out of sheer arrogance and vaulting ambition, he estranged many PDP members with his bad leadership style and worked hard to frustrate and impoverish many of them.

“It was part of his treacherous plan to undermine and usurp the position of our political leader, Chief James Onanefe Ibori, and create his own political empire. Dr Uduaghan left behind a party that was fractured and near disintegration. But thank God that under Governor Ifeanyi Okowa, the PDP in Delta State has regained its status as a united, cohesive and formidable force.”