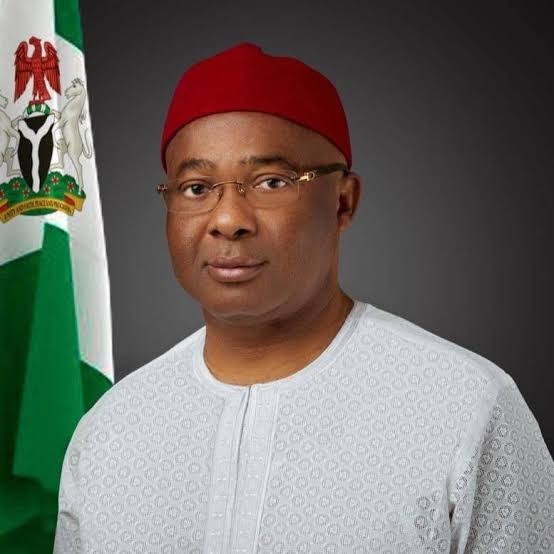 Imo State Governor, Hope Uzodinma, has insisted that the violence in parts of the country were sponsored by those he described as aggrieved politicians.
He has therefore asked politicians in the country to take responsibility as the government makes effort to tackle the security challenges in the country.
“I have said this times without number that the crisis that is happening today in Nigeria is sponsored,” said the governor during an interview on Wednesday.
He added, “I don’t want to pre-empt the investigation that we are carrying out currently but at the end of the day, when the report is ready, Nigerians will know the truth.
“I want to challenge those politicians who are aggrieved, who had the opportunity but could not deliver, to think twice and save our country because the unity and interest of this country are more important than any individual interest.”
A New Government?
Governor Uzodinma alleged that the present security challenges in Imo and some other states were being sponsored by those bent on bringing down the All Progressives Congress (APC) led Federal Government.
He also claimed that some politicians were taking advantage of the security problems to score political points ahead of the 2023 general elections.
According to the governor, a comprehensive report is being compiled and Nigerians will be shocked when the identities of the sponsors of violence are revealed soon.
“What is happening in the country today, not only in Imo State, is not ordinary. From all indications, this is a sponsored programme by some people, and it is targeted at the government of President Muhammadu Buhari and the APC, and the whole idea is to discredit this government, whether rightly or wrongly with a view to coming up in 2023 to see how they can put in a new government,” he said.
Governor Uzodinma added “I want to say that politics must be played with some level of decorum, people must have consciences, people must do things with the fear of God.
“This government of President Muhammadu Buhari must be allowed to function. Let us support him and build our country. This is the only country we have and we have no other country that we can call our own.”