The Immortality of Justice Karibi-Whyte 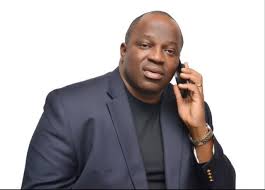 This Saturday, September 26th, 2020, the curtain will finally come down on the life of the Honourable Justice Adolphus Godwin Karibi-Whyte, eminent Nigerian Jurist, former Judge at the International Criminal Court for the former Yugoslavia, ICTY and retired Justice of the Supreme Court. On that day in the bustling town of Abonnema, in Akuku Toru Local Government Area of Rivers State, the earthly remains of Justice Karibi-Whyte will be interred with all the loftiness of pump and pageantry at his private residence. It will be precisely one hundred and twenty-seven days after he went to be with the Lord on May 22. He was 88 years old.

But while the inevitability of death means he will no longer be with us in the flesh, his immortality will ensure that he remains with us forever. Not many people achieve that immortal status, but Justice Karibi-Whyte was different. He will live on in the hearts and minds of many, not just because of his very many scholarly judgements, but also for his sheer humanity. As a human being, he was very kind, considerate and compassionate. For me personally, he was all of that and more. That is why his passing is difficult to accept.

As I have said elsewhere, I first met the Hon. Justice Karibi-Whyte in 1984 when I went to Kaduna in the company of one of his sons. He was a Judge of the Federal Court of Appeal in Kaduna at the time. He was appointed to the Supreme Court in Lagos shortly after. Over the years, as I visited his residence to visit with his children, he took a liking to me both personally and professionally.

In the Mid-1980’s when I started out as rookie journalist, he was very interested in my professional development: He read almost every article I wrote in some national magazines, and never hesitated to offer his suggestions and very valued opinions. He was my critic and biggest cheerleader. Indeed, I believe I became a better journalist because of him.

In the late 1980’s I traveled by boat with the Hon. Justice Karibi-Whyte to his home town, Abonnema for a chieftaincy ceremony. It was my first trip to Abonnema. Nearly ten years later, in 1997, I would return to marry my dear wife, Doris, nee Lawson. His Lordship was very happy for me and gave the marriage his blessings. Though he could not personally attend as he was at this time a Judge at the International Criminal Court for the former Yugoslavia at the Hague, he nonetheless gave me a lot of support.

His son Gogo accompanied me to Abonnema to make sure I was fine. We stayed in their family home throughout my traditional wedding. As a wedding present, Justice Karibi-Whyte invited my wife and I to The Hague for our Honeymoon. He personally wrote a letter to the Dutch Ambassador to Nigeria to give us the appropriate visas for the trip. On the strength of his letter and a follow up phone call, we were issued the visas. Doris and I travelled to Holland the day after our wedding. We were received by Justice Karibi-Whyte and the very motherly Mrs. Karibi-Whyte. They were fantastic hosts.

In Holland, we spent a lot of time together talking about a lot of things. He told me about the global importance of the ICTY where he was the Vice President. I told him I chose to become a journalist because I wanted to be a force for positive change in my society. He said with my passion, I will go far, but added that I have to give my best at all times. “You must always report the truth” he advised.

Few days after we arrived The Hague, the ICTY was going to deliver its first judgement on the trial of Dusan “DUSKO” Tadic, a war criminal. It was big news around the world at the time because it was the first time the Court had concluded trial in a matter and was ready to give judgement. This was May 1997 and I was Diplomatic Editor of ThisDay Newspapers. Justice Karibi-Whyte made sure I got accredited at such short notice. I mixed up confidently with seasoned international journalists so much so that I began to feel like one. After the judgement, I wrote the story and faxed it from his office at the ICTY to Lagos where the story made the front page. I felt really good and was grateful for the opportunity he gave me.

Through the years, I continued to inform him of my professional progress. Like a dotting father, he had my time. He was never to busy to listen to me. As the years went by, he got older and spent more time in Port Harcourt and Abonnema. I visited him every time I was in the Rivers State area. We spoke often on the phone too. The moral decay in Nigeria of today bothered him, but he was quietly optimistic. He always prayed for a better Nigeria.

As a jurist, Justice Karibi-Whyte, was Nigeria’s finest. He represented the very best in our Judiciary. His rulings, whether he was dissenting or agreeing with the lead judgement, were always thorough and well thought through. He was an intellectual giant and a credit not just to the Nigerian Judiciary, but the world’s Judiciary as exemplified by his work at the ICTY at The Hague.

Last week at the Night of Tributes held in his honour in Lagos, I listened to Mr. Odein Ajumogobia SAN, one of his mentees, talk about his contributions to the Law in Nigeria. “Some of Justice Karibi-Whyte’s dissenting judgements were so profound, that laws had to be made to reflect his view point”, Mr. Ajumogobia said, adding that “Factories that produced his type no longer exist”. That was the ultimate tribute. Rt. Hon. Rotimi Amaechi, former Rivers State governor and present Minister of Transport, said Justice Karibi-Whyte’s pronouncements on customary law are cited all the time. Mr. Amaechi is also a law student at Baze University Abuja.

Mr. Dele Adesina, SAN, former Secretary of the Nigerian Bar Association, had this to say about Justice Karibi-Whyte: “As a Justice of the Supreme Court,

His Lordship contributed in no small measure, to the development of our laws; both through his majority and dissenting judgements. Even when his position appeared to be unpopular, he would nonetheless, marshal his reasoning in the most eloquent and professorial manner. His judgements were always well researched, and he never failed to decide momentous issues of law, according to his belief and depth of knowledge. He would not hesitate to render dissenting judgement whenever his erudition, his research, his depth of knowledge, his conscience, and his understanding of the issues of facts and law involved in the matter, dictated to him the imperative need and necessity to depart from the reasoning of his colleagues”. That was the hallmark of the man.

This says it all. I will miss him dearly. Adieu Honourable Justice Adolphus Godwin Karibi-Whyte. Rest In Peace.

•DAN AKPOVWA, a former Diplomatic Editor of THISDAY, is the Publisher of The Abuja Inquirer Newspaper