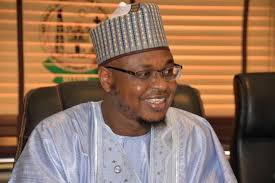 “You never change things by fighting the existing reality. To change something, build a new model that makes the existing model obsolete” —Buckminster Fuller.

WE live in a time of digital transformation and it is driving change in all areas. The ubiquitous nature of ICT in revolutionising every human endeavour has made its adaptation also in agriculture universally popular. Developed nations are achieving food sustainability due to early adoption of ICT in their farming processes.

In a report to the G20 Agricultural Deputies in 2017 on Information and Communication Technology in Agriculture by the Food and Agricultural Organisation, (FAO), by 2050, the world population is expected to surpass 9 billion and for the world to meet the attendant increase in food demand, agricultural production will need to increase by 60 percent from its current level in order to meet the additional global food need. Application of ICT to collect and share timely and accurate information on weather, inputs, markets and prices to the stakeholders in the agricultural value chain would play a significant role to meet the global food demand.

It is in recognition of the importance of sustainable food systems for food security and growth and the need to provide targeted information to every farmer that necessitated the federal government of Nigeria to mandate NITDA “to improve food production and security” and also “to ensure that the entire citizenry is empowered with Information Technologies through the development of critical mass of IT proficient and globally competitive manpower”.

The Agency has swung into action to actualize these mandates through many initiatives. As far back as the beginning of the millennium, the Agency entered into partnership with the United Nations Economic Commission for Africa, (UNECA) to produce the Nigeria ICT4D document which details the roles ICT could play in rejuvenating 12 critical sectors of the economy, with agriculture taking a prime place.

As part of the efforts to help farmers in Nigeria adopt more efficient and sustainable production methods and reduce the burden of labour-intensive tasks and manage their farms better to help build a more resilient, sustainable and productive food system, the Agency in 2019 initiated a value addition process for agriculture named National Adopted Village for Smart Agriculture (NAVSA), an ecosystem-driven digital platform envisioned for the transformation of the agricultural sector in Nigeria.

It is envisaged that the programme would assist the farmers and other stakeholders in the agricultural ecosystem to navigate the journey across sector value-chain which involves farm production and management of their produce. The main thrust of the programme is the integration of digital technologies and innovations to improve productivity and income of farmers and other ecosystem players in a bid to reposition agriculture as a viable business that has the potential of attracting the youthful population in the country.

At the launch of the pilot phase of the program in Jigawa State, one of the states that have a comparative advantage in agriculture, the Minister of Communications and Digital Economy, Dr Isa Ali Ibrahim Pantami observed that “the way agriculture is practised needs to be modernised and transformed in such a manner as to encourage young talents to set up agriculture enterprises and position agriculture as a major means of economic diversification and growth, thereby increasing its contributions to the nation’s GDP.“

An in-depth analysis of the programme reveals it is aimed at helping the administration of President Muhammadu Buhari achieve two of the three cardinal objectives of the administration by transforming the economy and fighting insecurity.

The pilot started with 130 farmers who were “adopted” into the programme. Expectedly, the initiative would give rise to new agricultural business models and opportunities that would stimulate huge potential in job and wealth creations with attendant effect of playing a major role in the diversification and shift from monolithic economy the nation is known for.

Arguably, previous government’s initiatives aimed at putting the agricultural sector on a pedestal to ensure food sufficiency could not be said to have been successful largely due to the dispassionate mindset of Nigerian youths who do not see a viable future in venturing into agricultural businesses.

This is occasioned by the retention of the old-fashion agricultural practices; inadequate provision of credit facilities, market to sell farm produce and other challenges. Nowadays, with digital technologies making incursion into every human endeavour, coupled with relatively-large technological-savvy youths, a well-articulated programme like NAVSA would proffer solutions to those challenges.

In his remarks at the closing of the two weeks long training on how the youths can use digital tools for agricultural purposes, the DG NITDA Mallam KashifuInuwa Abdullahi maintained that the agricultural sector remains one of the critical sectors of the economy that can leverage digital innovations to create jobs, wealth and build a vibrant digital economy for Nigerians.

He however, decried the position of the sector in the usage of technological tools as dismal, adding that “agriculture remains one of the least digitised sectors in Nigeria despite its potential as one of the most veritable sectors for economic diversification.”

The twin challenge of meeting the domestic food requirement for attainment of a food sufficient nation and production of quality produce required for domestic and international market which are occasioned by inadequate access to appropriate information almost in real-time; inadequate entrepreneurship ideas and poor knowledge of agricultural value chain opportunities for existing and emerging Agricprenuers would eventually be things of the past with the proper implementation and adoption of the programme.

These will be achieved by providing information to stakeholders through the introduction of digital technologies and innovation across the agriculture value chain in a transformative manner. In mitigating these challenges, the project focuses on the adoption of “radical rethink” and a collaborative approach between the public and private sectors that operate across the value chain. To achieve this, a proposed strategy which requires consensus building and connecting ecosystem players towards a shared vision have been identified.

The values these partners would bring to the success of the programme is alluded to at the closing ceremony of the training at Dutse, Jigawa State by the State Governor, His Excellency Mohammed Badaru. He confirmed that NITDA has partnered with telecoms operator, (MTN) and has developed a special package for smart farmers which comes with 4G SIM cards with a one-year internet data subscription. Other add-ons to the digital tools include certified seeds; smart water pumps machines, fertilizers and other items.

He stated further that “NAVSA created a wallet scheme with seed capital of N200, 000 for each smart farmer. Both the state government and NITDA contributed half of the amount each. The wallet scheme is designed to domicile money for proper project execution whereas JASCO will serve as farm inputs service provider.

In ensuring that funds for the project are not used for other purposes rather than what it meant for, the project is designed in a way that all transactions are required to go through the platform with the aid of the digital wallet. Funds are not allowed to exchange hands and the only way a farmer could access the fund is through a request on the platform to a NAVSA-registered input supplier.

In making it a self-sustaining venture, it is also designed in such a manner that allows smart farmers to plough 75 per cent of their profits back to the open wallet where it can be cashed out and the remaining balance of 25 per cent goes into a restricted wallet to increase the investment capital.

This laudable initiative intends to create 6 million jobs in the next 10 years. This may look so ambitious but the strategies put in place to accomplish the aspiration are well tailored with articulated Key Performance Indicators that provide clear guidelines for it. The strategy is targeted at adopting farmers in all 36 States and 774 LGAs in the country and equipping them with skills and resources that will make Nigeria one of the leading nations in food sufficiency, security and exportation.

It has now become imperative more than ever before to adopt the use of technology to combat hunger and promote sustainable agricultural practices that are attractive to youths. Digital technologies and innovations are at the heart of managing agriculture value chain from seedling to off-take. And these are the targets of NAVSA going forward.