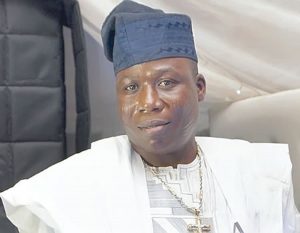 Yoruba separatist campaigner, Sunday “Igboho” Adeyemo, is being questioned by security operatives in the Republic of Benin.

He is expected to appear in court at some point where his international arrest warrant will be examined before a decision could be made on his extradition.

Mr Adeyemo was arrested on Monday along with his wife in Cotonou by the air and border police.

The Nigerian authorities are allegedly demanding his extradition.

Mr Adeyemo’s wife, who is believed to be a German citizen, is alleged to have appealed to the German embassy in Nigeria for help.

The Nigerian government declared him wanted for allegedly stockpiling arms after he called for anti-government protests.