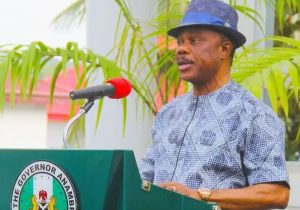 The Anambra State Government has said it will not pay August salary to any worker who abstains from duty in obedience to the sit-at-home directives by the proscribed Indigenous People of Biafra.

IPOB had declared a sit-at-home protest every Monday in the South-East beginning from August 9 to prevail on the Federal Government to release its leader, Nnamdi Kanu currently in detention for treasonable felony.

But on Sunday, a public service announcement attributed to Head Of Service, Harry Udu, asked workers in the state to report to their duty posts on Monday unfailingly or be sanctioned. The announcement directed Commissioners and permanent secretaries to monitor the situation and report accordingly.

The announcement read in part, “The Government of Anambra State has directed that all workers in the state must attend to their duties on Monday 9th August 2021. Failure to do so will result in severe sanctions, including loss of salary for the month of August.

“All Hon. Commissioners and Permanent Secretaries are to monitor and report compliance, please. Kindly give this information the widest publicity in your Establishment.”