Senegal’s Dakar International Airport has requested that aircraft flying to the West African nation to have enough fuel for their return journey. This became necessary as the country’s primary international hub faces a fuel shortage following ongoing disruption in oil commodities and jet fuel worldwide. 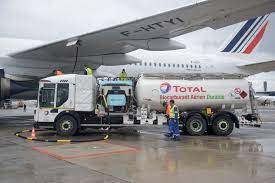 The situation may be short-lived in the west African nation, however. Senegalese Energy Minister Sophie Gladima told reporters earlier this afternoon that fresh kerosene supplies were due to arrive this week.

The process of fuel tankering involves an aircraft intentionally carrying extra fuel to reduce or eliminate refueling at its destination. This is often the case when the airline is going to a destination where jet fuel will be more expensive than at the airport of departure.

The process is sometimes used on European short-haul routes, where local markets may differ in fuel prices. Research by European ATC agency Eurocontrol has shown that up to 15% of flights are currently using either partial or complete fuel tankering to save on costs.

The practice often faces criticism when used unnecessarily as it significantly increases the carbon emissions for the journey. The research shows that a 300NM flight operating with full fuel tankering would produce an additional 142kg of CO2 for a typical European route. However, the difference can be even more significant for a long-haul flight.

The Milan Bergamo-Dakar route will replace a service previously operated by Italian leisure airline Blue Panorama, which suspended operations this past year and is not due to begin until May 13th.

Foreign airlines have also made plans accordingly. Flights from Paris via Air France are due to stop for fuel at Las Palmas in Spain’s Canary Islands. The leading United States to Africa, Delta Air Lines, will make an additional stop at Espargos, Cape Verde, on its rotation from New York’s JFK.

Jet fuel has seen significant shortages worldwide, and the demand is expected to continue in the immediate future. Earlier this month, Nigerian carriers warned they had just three days of fuel remaining as airlines across the globe are facing shortages. International carriers such as Air Canada and KLM also recently stated they would likely have to increase ticket prices on new long-haul bookings to offset the increase in prices.