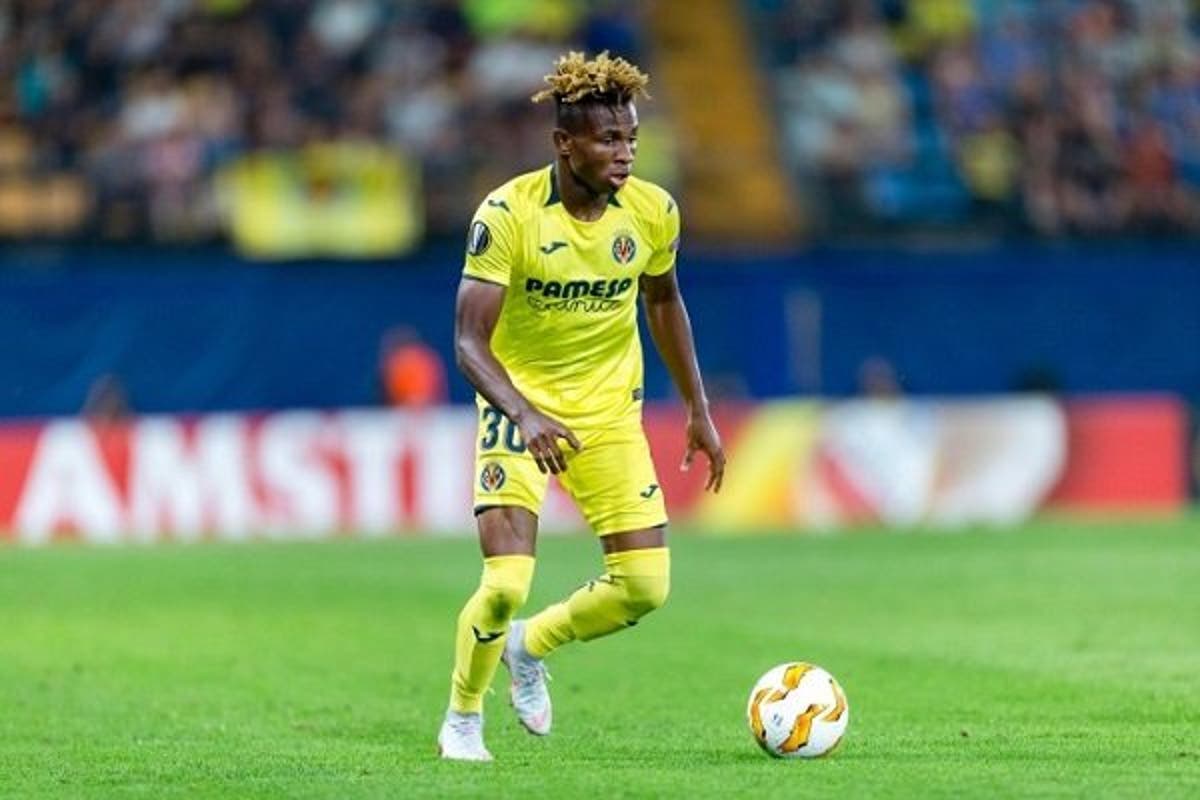 Coach Gernot Rohr has commended the present form of Villarreal striker Samuel Chukwueze after scoring in his team’s 2-0 thrashing of Real Valladolid in the Spanish La Liga.

“We are happy about the fantastic goals by Chukwueze and even Aina; and we hope they can do the same for us in the coming games,” Rohr said. The coach was also excited about the negative COVID-19 result of goalkeeper Sebastian Osigwe, whom he said would join the team for the qualifiers. But expressed disappointment over injured Moses Simon and Kenneth Omeruo who are both ruled out of the AFCON Qualifiers.

Meanwhile, Manchester United have reportedly joined Leicester City in the race to sign Chukwueze. Website 90Min is reporting that Manchester United are interested in a swoop to sign the Villarreal forward to bolster their attacking options.

The same article stated that the Red Devils face a stiff battle to win the race to sign the 21-year-old given that Everton and Leicester City have also registered an interest in the La Liga star.

According to the same report, Chelsea FC have already been tracking Chukwueze for some time along with Liverpool FC and Wolves. 90Min go on to claim that Villarreal are unlikely to sell the Nigeria winger for less than his contract release clause, which currently stands at £80m.

The 21-year-old has netted 12 goals in 84 games in all competitions over the past two-and-a-half seasons in the Villarreal first team and was listed as one of UEFA’s 50 young players to watch in 2019/20.