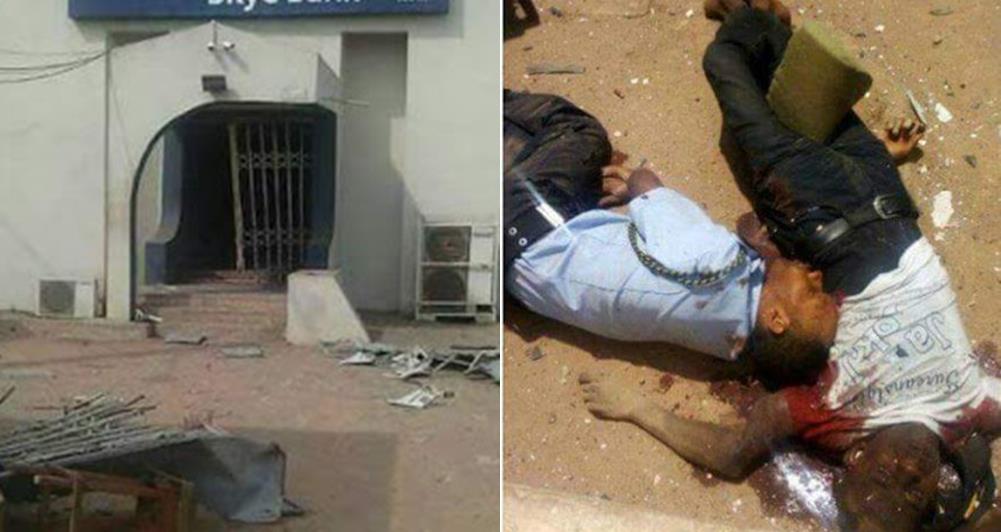 No fewer than three persons were killed by a gang of robbers during an attack on a bank at Ilara Mokin town in the Ifedore Local Government Area of Ondo State.

Three other persons were reportedly injured, as they were hit by stray bullets during the Thursday incident. An undisclosed amount of money was said to have been carted away by the hoodlums.

It was gathered that the deceased were a policeman, a commercial motorcyclist and a worker with the Elizade University, Mr Bunmi Afuye. It was learnt that Afuye, a journalist, was employed as the university spokesman two months ago. 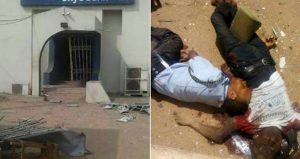 The robbers were said to have shattered the bullet-proof door of the bank with dynamite before gaining access into the banking hall.

A witness said the slain Okada rider and the Elizade worker were passing by when they ran into the robbers while the operation was ongoing. They were said to have been hit by stray bullets.

The policeman was reportedly killed by the dynamite. A resident who was inside the bank when the robbers arrived said the gunmen were six in number and struck around 3pm.

He said, “I was inside the bank when they came. Immediately, all of us lay down and they started shouting, ‘Where is the manager?’

“So, they got the key to the vault and packed the money there. But they were not satisfied with what they saw and they opened the Automated Teller Machine. By then, there was not enough money. That infuriated them and they shouted, ‘Where is the money?’ It seemed they didn’t get their target. After they took the money, they went out angrily shooting to escape the scene.”

The state Police Public Relations Officer, Mr Tee-Leo Ikoro, confirmed the incident, adding that a team of policemen had been deployed to the scene, while investigation was ongoing.

Meanwhile, the Ondo State Governor, Rotimi Akeredolu, in a statement on Thursday, directed security agencies in the state to arrest “the perpetrators of this heinous crime and bring them to book in the shortest possible time.”

He said the death of Afuye had cost the journalism profession “a bright star.”