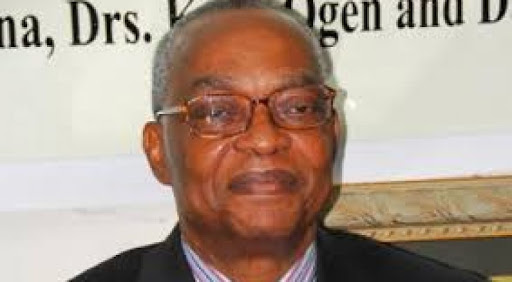 The recent announcement by the managing director of Nigerian National Petroleum Corporation (NNPC) that contracts have again been awarded for rehabilitation and comprehensive repairs of the existing four refineries, two in Port Harcourt, one in Warri and the fourth in Kaduna surprised me and perhaps most observant Nigerians who have over the years followed the shenanigans going on the NNPC with regards to these moribund refineries.

Albert Einstein said: “Insanity is doing the same thing over and over again and expecting different results”. Since the Babangida era and up to the end of the second term of the Obasanjo presidency, it was  an annual ritual for so-called Turn Around Maintenance (TAM ) of the refineries to be announced and given at huge amounts to shady contractors  usually party hacks on the premises that their combined capacity of refined petroleum of 440,000 barrels were more than our total consumption and that making these refineries work would spare the  country the odium of importing refined petroleum in a country that was the sixth largest producer of the so-called black gold. The argument was unimpeachable so we all fell for it. But some of us began to smell a rat when during the Abacha roguish regime, the Kaduna TAM was given to TOTAL oil company for $100 million! One wondered what the initial cost of the construction of the refinery was. This rigmarole continued until the eve of the end of the Obasanjo’s second term when the departing president decided to cut the Gordian knot by actually selling the refineries to Nigerian businessmen with capital and capacity to own and run oil refineries thus saving Nigeria the annual financial hemorrhage. But as soon as late President Umar Yar’Adua took over, one of the legacies of Obasanjo he cancelled was the privatization of the refineries along with stopping ongoing work on electricity generating plants. Up till today, what informed his decision has not been properly interrogated. Some uncharitable friends of mine said Yar’Adua’s socialist friends from his days in Ahmadu Bello University influenced him  Whatever the reasons for his decision, the country has paid dearly for it by the corruption that has attended the regime of fuel importation and the continuation of the TAM dispensation through the  Goodluck Jonathan years and the trillions of Naira that went down into the pockets of PDP party bigwigs and their children from oil subsidies and TAM.

Some of us who campaigned for a change of leadership in the country in 2015 wanted to put an end to the humongous amount of money looted from the treasury through the laissez faire oil importation and subsidies payment. This current regime came in with its anti-corruption mantra and planned stoppage of the oil subsidies by rapidly rehabilitating the oil refineries so as to provide domestically refined petroleum products for the home market. Alas this promise has been breached perhaps like every other promise by this government. For the past five years refined petroleum has continued to be imported while TAM contracts have continued to be awarded. The minister of state for petroleum and apparent supervisor of the NNPC, Timipre Sylva in an interview recently cried out loud about the deplorable state of the refineries and pointedly said the Kaduna Refineries and Petrochemical Company had a deficit of about N54 billion last year producing no single drop of refined petroleum. He added that there were also promotions of staff for doing nothing. When he was asked why the place was not shut down or sold, he said government could not even rationalize its staff for fear of industrial action and strike by NNPC staff all over the country. He said of course if the place had belonged to a private company, the owners would have known what to do. When told about privatization, he said that was high policy which could not be discussed on the air.

I agree with the minister, but if he was convinced that privatization was the way out for these refineries, he should have taken a memorandum to the president and pushed very hard for its adoption and if it was turned down he should have resigned unless superior reasons were given for government’s decision to continue with the wasteful TAM whatever name it may be called under the new rubric of comprehensive repairs and rehabilitation. He should also have reminded the president that his predecessor in office, the knowledgeable Professor Tam. David-West before he died joined the chorus of those of us asking for the sale of the refineries. We can of course not be branded as capitalists and their running dogs because we have no capital! These expensive leap in the dark will not be completed until 2023 conveniently on the eve of the departure of this incumbent regime when no one will be around to  be held responsible for this waste of scarce resources in a country where the physical infrastructure is begging for attention, where the health and education sector leaves much to be desired, where all the appurtenances of civilized existence are abysmally lacking. These contracts for the refineries are bound to be like the railways, roads, electric power and bridges being undertaken by this government to be pushed forward for completion into the future under the pretext of either inadequate resources or inability of foreign companies and government itself to access foreign loans for the projects.

I don’t know how many times Transportation Minister Rotimi Amaechi has announced the completion of Lagos-Ibadan standard gauge railway! He said it would be ready by December 2019 now we are in September 2020! Perhaps it too will be commissioned before the magic year 2023! The same scenario is painted for the Lagos-Ibadan road by Babatunde Fashola, the works minister.

If there was anytime government should husband its resources, the time is now. This is a time of dwindling foreign reserves due partly to the impact of the Covid-19 coronavirus pandemic on the global economy and consequent reduced demand for hydrocarbons the export of which constitutes Nigeria’s economic lifeblood. The ongoing security challenges posed by Boko Haram and ISWAP and incendiary movements all over Nigeria but particularly in the Northwest and the North-central and the South-south with the security situations in the Southeast and Southwest also precarious and dicey. Most of the 36 unviable states and 774 LGAs inflicted on the country by unthinking military regimes cannot pay salaries. The few industries we have are underperforming because of inadequate energy and infrastructural challenges. All these problems have created negative social welfare problems for the government that it needs all the money it can get from internal and foreign sources that going on a wild goose chase should be avoided.

If it is not too late, the president should cancel these refineries contracts and call on foreign and local investors to bid for the sale of the refineries. In fact, government should call on the original builders of these refineries to come and take them for free on the condition they would make them work. This may sound as a loss but it is in actual fact a saving for the country from the free for all TAM millions which would have been wasted on these refineries. While on this issue of refineries, may one ask of what has happened to the Dangote Refinery which if I am right, is scheduled for commissioning this last quarter of the year all things being equal. If and when Malam Aliko Dangote completes and commissions his refinery, we will witness what would have been since 2007 when a decisive step was taken to rescue the country from wanton waste and reckless looting of the country’s treasury by privatizing the extant refineries which are now avenues for waste and corruption.