African Observers for the U.S. election 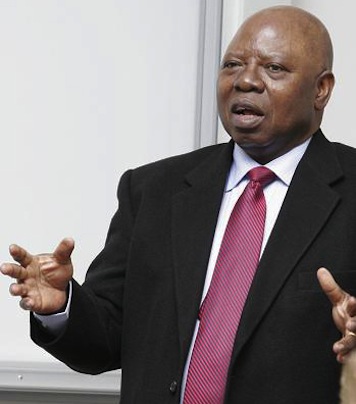 There was a time in recent memory when the United States was the ultimate, the final arbiter on the worth of elections held in countries in Africa, Latin America, Asia, Central Europe, and the Soviet Union.

Were they free and fair?  Did the results accord with the wishes of the electorate?  Were they vitiated by coercion, corruption, ballot-stuffing and by other malpractices small and large that cast a shadow of doubt on the outcome and thus bring into question the legitimacy of the government that derives its power from such a poll?  Were the contending parties afforded equal media access?  Were all persons eligible and willing to vote afforded every opportunity to do so?  And so on and so forth.

Generously-funded Election Observers and monitors from leading public and private institutions are parachuted into the country weeks before the poll to seeking answers to these and other questions.  Usually, the teams are led by persons of consequence.

It is a gamble, this visitation by international election observers and monitors.    They flock in not just from the United States, but also from the European Union, the United Kingdom, the African Union, and other state and non-state actors.  Their reports vary in tone and substance and even nuance, but they carry some weight.  That of the United States is usually the most consequential.

If the United States is persuaded that the poll was by and large free and fair, and the outcome credible, that becomes in effect the view of the State Department and helps shape U.S. policy toward the country concerned.

If on the other hand the election observers and monitors reported that the poll left much to be desired, the governing authorities know that they would have to work hard to win the good graces of the United States.

Now that Donald Trump has devalued every canon of political practice and engagement in the United States, it is the United States that needs a visitation by international observers, especially from the African Union, to monitor and report on its presidential elections scheduled for November 3 and determine just how much faith the rest of world should invest in it.

Fresh from its successful supervision of the gubernatorial conduct in Edo State this past weekend, not forgetting its acclaimed handling of the 2019 presidential election, Nigeria’s highly regarded election umpire, the Independent National Electoral Commission (INEC) seems to me best placed to provide the nucleus of a powerful team that will monitor the U.S. Presidential race on behalf the African Union.

Its point of departure will have to be the American election machinery.  That machinery is desperately and comprehensively broken.  It did not start with Trump.   But under him, the system has in operation been corrupted to the point that it has ceased to keep faith with its remit and with the Constitution of the United States.  Today, it serves mainly as a bad example for the world.

Voting, the fundamental act and affirmation of citizenship, has been turned into a formidable race in the United States.  Thousands of Americans were killed on home soil in their struggle to claim that right; thousands of them died in wars fought to confer that right on peoples in other lands.  But that right is now gravely and constantly threatened by various acts of voter suppression.

Registering to vote has been made contingent on showing various forms of identification that many citizens cannot easily obtain.  Voter rolls are purged routinely, to eliminate persons who may have changed residence or relocated altogether.  For those thus eliminated, getting back on the voters register is not easy.  In many a jurisdiction, convicted offenders are not permitted to vote, even though they have served their prison terms.

But voter suppression does not end there.

Polling centres are often not assigned in sufficient numbers, or are located far away from residential areas.  The consequence in the one case is that there is much crowding around the few centres, and a long waiting period.  In the time of COVID-19 and social distancing, such crowding is dangerous.

Voting by mail is a long-established alternative to spending the better part of a day at a the polling centre, especially for persons who cannot afford to lose their wages for the day, but Trump now says, without a shred of evidence, that it is a proven recipe for fraud on a monumental scale.

The consequence in the other case is that those who have no personal transportation may be discouraged from going outside their neighbourhood to vote.  The combined effect of both instances is to keep thousands of eligible voters away from the polls by design.

And just in case some voters still have enough faith in the postal system to cast their ballots by mail, the Trump Administration has set out to constrain its capacity to deliver. His proxy at the United States Postal Service (USPS) has culled the number of postal boxes brutally nationwide and taken out of commission thousands of sorting machines that speed up delivery.  To ensure that they cannot be restored, he has smash up the machines.  And his Administration has filed dozens of lawsuits seeking injunctions against voting by mail.

The stubborn voter hacks his or her way through all the contrived odds, but will the ballot count? That is far from guaranteed. For, discounting the ballot is yet another method by which the Trump Administration is planning to suppress the vote.

Deliberately sending misleading information to Black and other minority voters is another method of voter suppression.  On Election Day, automated calls go out saying that the election has been postponed, or that the polling centre where one was supposed to cast one’s ballot has been moved to the edge of town, if not scrapped altogether.

Or dark hints are broadcast on the eve of the election and throughout the following day that the police were standing by at voting centres with instructions to arrest and take to the nearest jailhouse so-called “deadbeat dads,” absentee parents who have not been keeping up with financial support for the child or children left in the care of their estranged spouses.

Blacks belong disproportionately in this group and need no further disincentive from voting.  Call it voter intimidation.

How much electoral advantage did any candidate gain by lying – by telling outright falsehoods of the most brazen kind about the other candidate or their party or their policy, and about what to expect should the other side prevail, and telling lies not occasionally but in one constant, reckless, uninhibited stream?

Should it be allowed to become an acceptable feature of the electioneering, the plebiscitary equivalent of real politik?

Donald Trump has said for the record that the only way he can lose the election is if it is massively rigged by the combined Opposition (ha!), and that he would not yield office under that circumstance. Fortunately for the AU’s Election Observer and Monitoring Team, it will be embarking on its task fully cognizant of the  stratagems by which incumbents back home seek to cling to power and office even after suffering an electoral rout.

How that possibility can be averted will be one of the team’s main challenges.

Nigeria, I insist, is uniquely qualified to supply the officials that will constitute the nucleus of the AU’s team to observe, monitor and report on the U.S. Presidential election.  And it has a surfeit of leading characters to choose from.

I humbly nominate as chair of the team former President Olusegun Obasanjo, who can look Donald Trump in the face and tell him that he is a loudmouth and a reprobate with no redeeming grace, and Humphrey Nwosu, former chair of the National Elections Commission, who can sniff the merest whiff of electoral magomago or wuruwuru from a galaxy away.