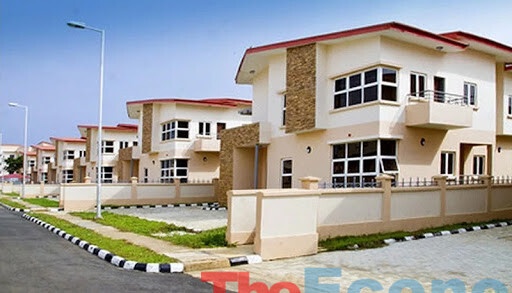 The real estate services sector contracted by 17.18 per cent in the second quarter of the year, statistics available from the National Bureau of Statistics have shown.

The NBS disclosed this in its second quarter report on the country’s Gross Domestic Product report.

Part of the report said, “In nominal terms, real estate services in the second quarter of 2020 declined by 17.18 per cent per cent, or 19.27 per cent points lower than the growth rate reported for the same period in 2019 and lower by 18.31 per cent points compared to the preceding quarter.”

Quarter-on-quarter, the sector growth rate was lower by 1.24 per cent.

Quarter-on-quarter, the sector declined by 2.71 per cent in the second quarter of 2020.

In the NBS report, Nigeria’s GDP decreased by 6.10 per cent (year-on-year) in real terms in the second quarter of 2020, ending the third year trend of low but positive real growth rates recorded since the 2016/17 recession.

The decline was largely attributable to significantly lower levels of both domestic and international economic activity during the quarter, which resulted from nationwide shutdown aimed at containing the COVID-19 pandemic.