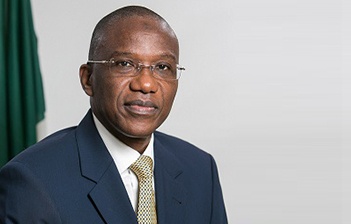 The Asset Management Corporation of Nigeria said it has taken over the assets of Hydro Hotels Limited and its chief promoter over an indebtedness of N600m.

The Head of Corporate Communications Department, AMCON, Mr Jude Nwauzor, disclosed this in a statement on Sunday titled ‘AMCON takes over assets of Hydro Hotels Limited over N600m debt’.

It stated that this affirmed the decision of the Federal High Court in Minna, the Court of Appeal through Hon. Justice Habeeb A.O. Abiru, Hon. Justice Abubakar DattiYahaya and Hon. Justice Amina Audi Wambai in Suit No: CA/A/70/2018 involving AMCON vs. Hydro Hotels Limited and one other.

The statement said the court granted AMCON judgment against Hydro Hotels Limited and its chief promoter, AlhajiIsahLadan, over the debt that had been a subject of litigation.

In favour of AMCON, it said, the appellant court also ordered the forfeiture of moveable and immoveable assets of Hydro Hotels and further granted AMCON full possession and outright power of sale of the properties.

The statement said, “Armed with the order, AMCON through its appointed debt recovery agent – Ajunwa& Co. took effective possession of four top properties of the obligor.

The case of Hydro Hotels Limited and its promoter had been a prolonged issue as the loan was purchased by AMCON during the first phase of Eligible Bank Assets purchases from Finbank (now FCMB) far back in 2010, it stated.

Following the purchase, AMCON said it had been in a long drawn legal battle with the company since 2015, first winning the case against the obligor at the Federal High Court, Minna in 2017 and now at the Court of Appeal in August 2020.

It stated that, “As a matter of fact, due to the lack of adequate collateral, AMCON’s expanded investigation on Ladan revealed other hidden properties belonging to the obligor located in Niger State, which were hitherto not known to AMCON.”

It said this action to expand investigation and trace additional assets was in line with Section 49 (1) & (2) of the AMCON Act 2019 (as Amended).